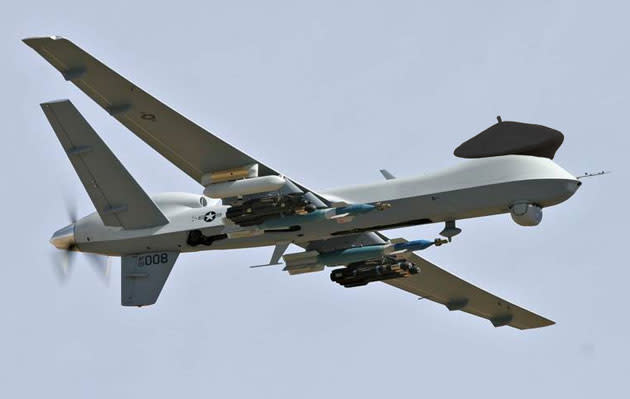 Drones are sufficiently commonplace now that if you aren't building your own, you get a serious dose of FOMO. That's why Germany, France and Italy have agreed to bankroll a joint drone project, separate to Europe's, that'll build aerial surveillance hardware for the three countries. As Reuters reports, these nations currently American or Israeli gear, sparking fears that they're too reliant on military hardware from other countries.

According to the Economic Times, the project could cost up to $1.2 billion, and will see three companies, Airbus, Dassault and Alenia Aermacchi team up. They'll be tasked with building a Medium Altitude, Long Endurance (MALE) craft that can stay in the air for up to a day at a time. The craft will be predominantly designed for intelligence work, but will also be able to carry a "variety of payloads," which could mean they're pressed into duty for both military and civilian operations.

The deal that's been signed today will see the companies draw up plans for the vehicle over the next two years. After that point, officials will put their heads together to see if it's worth coughing up the rest of the cash to actually build it. If it all goes well, the first "solutions," will be delivered by 2020 -- and no, you're not mistaken, solutions is a pretty cute way to describe an airborne spying robot.

In this article: Airbus, AleniaAermacchi, Dassault, Drone, France, Germany, Italy
All products recommended by Engadget are selected by our editorial team, independent of our parent company. Some of our stories include affiliate links. If you buy something through one of these links, we may earn an affiliate commission.