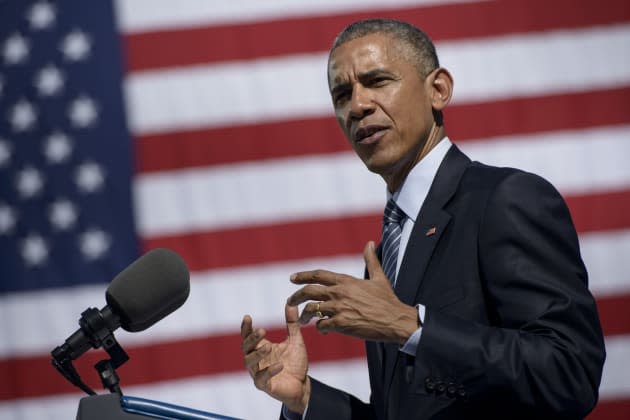 The President of the United States of America is one of the most powerful people in the world. Now, whoever holds that office also has a Twitter account to match. The White House announced today that @POTUS is the official handle for the commander in chief. As you're probably well aware, President Barack Obama already has a Twitter account that's quite active, however his campaign manages that feed. With this new username, updates will come directly from the president himself as he continues working to make "his Administration the most open and participatory in history." The new account goes nicely with @FLOTUS and @VP, and all three will get new owners in 2017 as the next election cycle approaches.

Welcome to @Twitter, @POTUS! One question: Does that username stay with the office? #askingforafriend

Good question, @billclinton. The handle comes with the house. Know anyone interested in @FLOTUS?

In this article: barrackobama, government, internet, obama, potus, president, socialmedia, twitter
All products recommended by Engadget are selected by our editorial team, independent of our parent company. Some of our stories include affiliate links. If you buy something through one of these links, we may earn an affiliate commission.