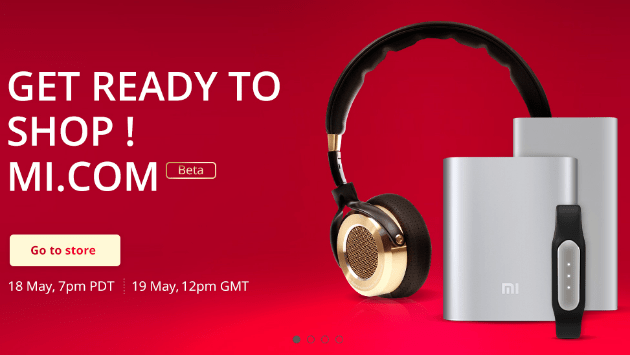 We knew that Xiaomi was beta-launching its online accessory store in the UK this week, but now it's become clear that other regions are also being supported. The Mi Store will be available at two separate time slots: 7PM PT/ 10PM ET (May 18th) for customers in the US, followed by 1PM CET (May 19th) for people in the UK, France and Germany. As we reported before, this is a limited launch that will allow the Chinese phone maker to tentatively test consumer demand in these markets. Only four products will be sold -- a pair of headphones, a couple of portable batteries and its Mi Band fitness tracker -- and they'll be available in limited quantities. So if you're interested in being an early Xiaomi adopter, it's best to get in as early as possible. If the store is successful, who knows, we might not have to wait too long before its smartphones and tablets are also available in the West.

In this article: accessories, battery, battery pack, fitness, headphones, mi store, wearables, xiaomi
All products recommended by Engadget are selected by our editorial team, independent of our parent company. Some of our stories include affiliate links. If you buy something through one of these links, we may earn an affiliate commission.