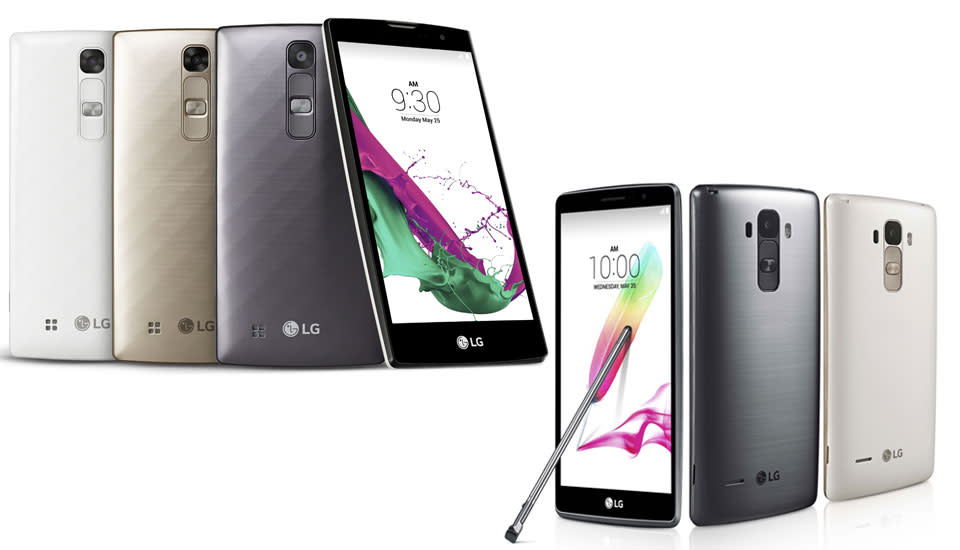 LG's leather-clad flagship hits stores this week, but no blockbuster device can come to the party without its squad in tow. That's why, in addition to the G4, the company is outing the Galaxy Note-troubling G4 Stylus and the budget-level G4c. Much like its immediate rival, the G4 Stylus comes with a 5.7-inch display and that famous Rubberdium(TM) pencil for scribbling. You may, however, be upset to spot that the device comes with a few downgrades on its relative, with the 13-megapixel camera a small downgrade on the 16-megapixel lens on the original. Oh, and if you're looking to pick one up in North America or Korea, you'll have to ask the assistant for a G Stylo, because someone in a marketing department was paid too much money.

Meanwhile, the previously leaked LG G4c is a stripped down kid brother to the G4, with a 5-inch HD display. Rounding out the spec list, you'll find a 1.2GHz quad-core chip and a vanilla 8-megapixel camera that loses LG's much-trumpeted laser auto focus feature. The battery's also been shrunk in the wash, which now clocks in at 2,540mAh, down from the 3,000 you'll find in the other two. If you're looking to snag either one, the company promises that they'll arrive in "key strategic markets in the weeks to come," with pricing to be announced when they launch in each individual country.

In this article: G4, G4c, G4Stylus, GStylo, Korea, lg, LG Corp., LGG4, LGG4c, North America
All products recommended by Engadget are selected by our editorial team, independent of our parent company. Some of our stories include affiliate links. If you buy something through one of these links, we may earn an affiliate commission.