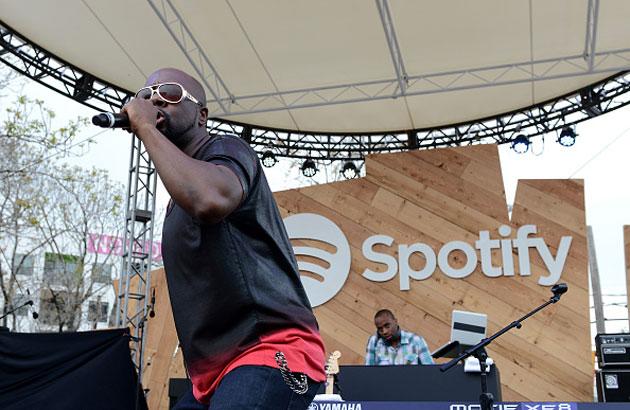 Labels and streaming music services have spent ages bickering over payments for streaming music, but it's never really been clear who was getting the short end of the stick... besides the artists, that is. We may have a better sense of things now that The Verge has leaked details of Sony Music Entertainment's 2011 contract with Spotify, however. The two-year licensing deal asked Spotify to pay Sony a total of $42.5 million in yearly advances, and a "Most Favored Nation" clause meant that Sony would always get advance rates as good as any competing label. None of this cash is likely to have reached the musicians themselves, though -- sources say that advances typically go straight to the record company.

Sony's take from the songs was more complex. It got a revenue share that was dependent on its overall percentage of streams, but it also got a per-stream cut that depended on whether or not the royalties from free or paid users would be higher than the revenue share. Moreover, it got up to $9 million in heavily discounted ad placements that it could sell if it wanted.

As for Spotify's income? That's less than clear. Spotify has long made it clear that it takes 30 percent of the gross revenue total, but the contract adds that the company could take up to 15 percent of the ad revenues from hired third parties. How much it made from that would depend greatly on how many outsiders are involved, and how much of that 15 percent really goes to Spotify. The company still isn't turning a profit, so its cut clearly isn't that big.

The real mystery surrounds the payout to artists, which are more up to their individual contracts with Sony than Spotify. Some of their agreements were likely written before streaming was a big deal, shortchanging them compared to up-and-coming stars. With that said, the leak shows that the finger-pointing at Spotify's low per-play royalties (just $0.00225 for each stream) might be excessive -- artists could well be stiffed by labels more interested in up-front cash than rewarding their talent.

In this article: contract, hdpostcross, internet, music, sony, sonymusic, SonyMusicEntertainment, spotify, streaming
All products recommended by Engadget are selected by our editorial team, independent of our parent company. Some of our stories include affiliate links. If you buy something through one of these links, we may earn an affiliate commission.