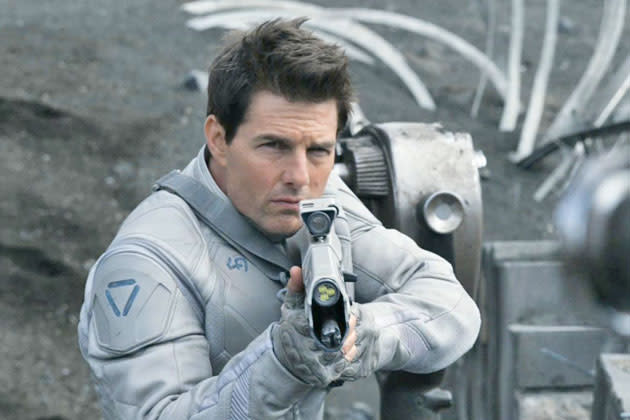 In the early 2000s, Tom Cruise was working on movies like Mission Impossible II, Minority Report and The Last Samurai. However, when he wasn't busy playing a lead role, he also had a penchant for telling the world's biggest space agency how it could make its website better. That's according to former NASA administrator Sean O'Keefe, who was told to update the agency's 2002 site because it took visitors "three clicks to oblivion."

It's a great choice of words considering that he'd go on to star in the 2013 film Oblivion, but Cruise definitely got his point across. "[He] came in and visited the offices one day and he's a big space nut and the whole bit," says O'Keefe. "He told me, 'You've got this great website with tons of information on it and it's perfectly designed for a lot of research faculty across the globe, I guess, that is going to be of interest to them. But to the rest of us it's three clicks to oblivion and you go to the next thing and you find yourself nowhere."

The actor's assistance didn't end there. Cruise offered to loan NASA one of his "tech heads" who normally designed his movie trailers. O'Keefe accepted. While the former chief admits the agency then changed the appearance of its website to make it more "inviting and interesting," another NASA employee told Space News that the redesign was completed by a contractor and not one of Cruise's team (who were incidentally "good, smart folks.") NASA's website actually underwent a recent redesign which puts more focus on social media and online video. However, there's no word on whether Val Kilmer had a say in its development.

In this article: NASA, oblivion, space, tom cruise, website
All products recommended by Engadget are selected by our editorial team, independent of our parent company. Some of our stories include affiliate links. If you buy something through one of these links, we may earn an affiliate commission.