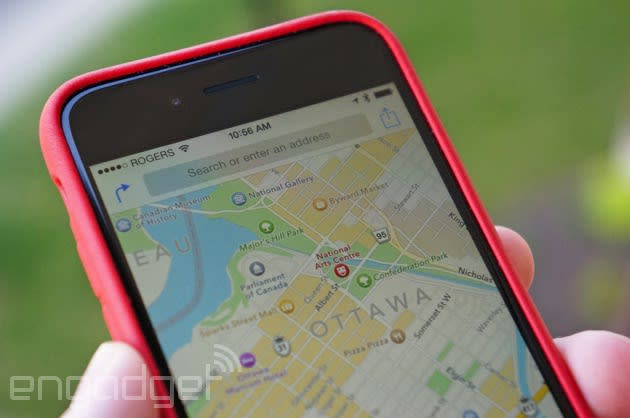 9to5Mac, citing unnamed sources, reports that Apple is potentially gearing up to release its updated Transit service -- the same one it nixed immediately before last year's WWDC event -- with iOS 9. Transit acts as an add-on layer to Apple's existing Maps program providing accurate navigation instructions for public transportation systems. This functionality hasn't been available as a part of the official built-in app ever since Apple switched to its own service instead of using Google's.

Transit will reportedly also offer a host of additional UI tweaks when it's released, in addition to those bus, train and subway routes. That includes larger icons, a trip-planning feature and "transit view" -- an alternative to the existing Standard, Hybrid, and Satellite/Flyover shots. iOS 9 is scheduled to debut at WWDC 2015 so we'll have to wait until June to see if Transit actually does make the cut this year.

In this article: apple, applemaps, bus, iphone, maps, mobilepostcross, subway, train, transit
All products recommended by Engadget are selected by our editorial team, independent of our parent company. Some of our stories include affiliate links. If you buy something through one of these links, we may earn an affiliate commission.