Set sail with your pals in a new ‘Adventure Time’ game

'Angry Birds' will celebrate its 10th anniversary with another movie 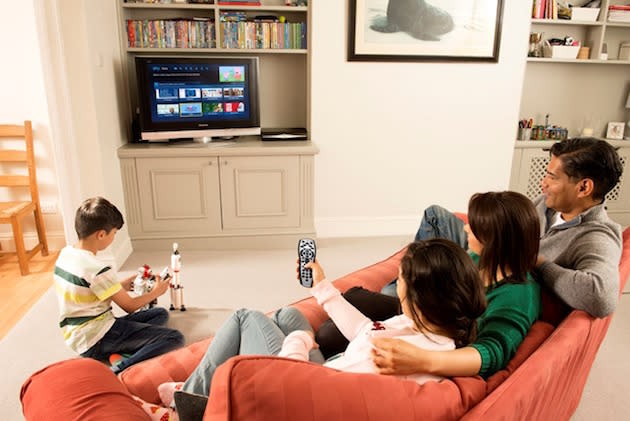 When the little ones are having a temper tantrum, kids TV is often your best line of defence. In the UK, that used to mean switching on CBBC or CITV, but in the internet age Netflix and YouTube rule supreme. After all, it means you can find the exact show or movie that's likely to put a smile back on the little tikes' faces. That could spell trouble for Sky, so the broadcaster is revamping its child-centric on-demand offerings. A software update rolling out to all Sky+HD boxes this week will put a new "Kids" tile on the homepage, providing instant access to on-demand shows and movies, kids TV recordings and live channels such as Cbeebies and Nick Jr. In addition, Sky is expanding its library of on-demand episodes from 700 to 4,000 over the coming months. It'll include new morsels of SpongeBob Squarepants, Dora the Explorer and Ben 10, as well as cult favourite Adventure Time. YouTube appeals because it's (mostly) free, but if you've been stressed out before trying to find a decent clip online, you might want to try grabbing your Sky remote next time.

In this article: adventure time, children, kids, kids tv, netflix, on-demand, Sky, Sky+HD, TV, youtube
All products recommended by Engadget are selected by our editorial team, independent of our parent company. Some of our stories include affiliate links. If you buy something through one of these links, we may earn an affiliate commission.