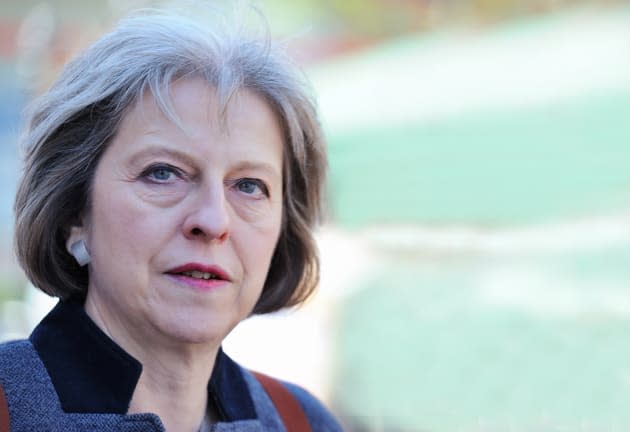 The Home Secretary Theresa May wants to give Ofcom, the UK's communications regulator, the ability to block shows with extremist content before they're shown on TV. The Queen's Speech will detail some of the Conservative government's legislative plans next week, and it's already been confirmed that Ofcom will be given "a strengthened role" to tackle broadcasters perceived to be showing extremist content. The new powers will be part of a new Counter-Extremism Bill which includes immigration restrictions for extremists and the power to close premises where extremists are thought to be influencing others.

Yet even within the Conservative party, some of the plans are being met with fierce opposition. A letter obtained by the Guardian shows that Business Secretary Sajid Javid has been urging the Prime Minister David Cameron to reconsider May's proposals. Sent on March 12, when Javid was still Culture Secretary, he writes: "Ofcom does not have the powers to approve programmes before they are broadcast and nor do we consider that it should have these powers as has been proposed." Javid later argues that the proposals would threaten freedom of expression and could be used "otherwise than intended."

The letter was written weeks ago, so it's not clear how the Prime Minister reacted and whether the plans are still part of the bill expected to feature next week. Should these specific powers be included, it's possible they'll pave the way for other counter-extremism measures such as the Snooper's Charter, which the Liberal Democrats blocked when they were part of the coalition. May has hinted that the bill could be revived now that the Conservatives have been re-elected, forcing mobile networks and internet service providers to store online activity, including emails and website visits, for up to 12 months. Police and intelligence agencies could then request access to this information.

The Snooper's Charter has always been controversial, but this letter proves that even within Cameron's new cabinet, there is concern and ongoing debate about the extent of such measures and whether they threaten some of the UK's greatest civil liberties.

In this article: censorship, conservatives, extremism, government, ofcom, politics, sajid javid, Snoopers Charter, theresa may, TV
All products recommended by Engadget are selected by our editorial team, independent of our parent company. Some of our stories include affiliate links. If you buy something through one of these links, we may earn an affiliate commission.