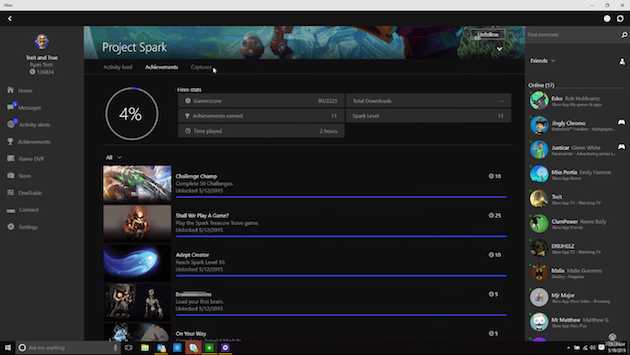 If you're an early Windows 10 adopter, you'll soon find a smattering of new features inside the Xbox app. As part of its June update, Microsoft is adding "game hubs" which, similar to the Xbox One, show which friends have played the title and their recent activity. Meanwhile the new 'Game Bar,' which lets you record video clips and screenshots, can now be triggered with custom shortcuts, and the Avatar app will load automatically when you select "customize" from the top header. A few other tweaks include better friend management, the ability to sort cloud-based game clips and turn on/off your Xbox One from inside the app. They're small changes, which is understandable given that E3 is just around the corner. Game streaming is still one of the most anticipated parts of the Xbox app, and it might not be too far away -- Microsoft says testers can now submit anonymous diagnostic information about their PC and network settings to help them refine the feature.

In this article: app, game streaming, microsoft, update, Windows 10, Windows Insider Program, Xbox, Xbox One
All products recommended by Engadget are selected by our editorial team, independent of our parent company. Some of our stories include affiliate links. If you buy something through one of these links, we may earn an affiliate commission.