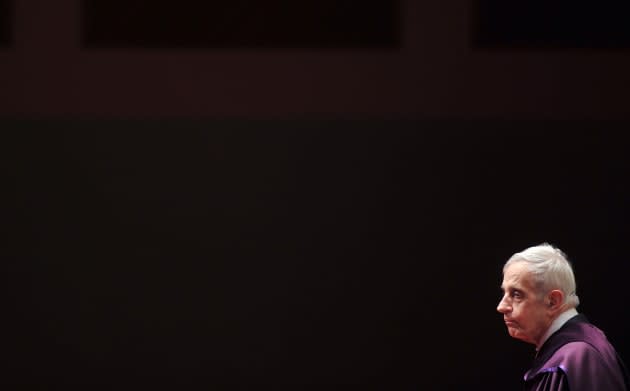 Dr. John Nash, the Nobel Prize-winning mathematician whose work included noncooperative game theory, has died aged 86. Known as Nash equilibrium, the theory is used in a broad range of fields, including economics, other social sciences, evolutionary biology as well as influencing computing and artificial intelligence. His work and life were turned into the film A Beautiful Mind, starring Russell Crowe, which won an Oscar for Best Picture in 2001, also putting focus on the stigma of mental illness. Nash's famed work in math and other fields extended beyond the game theory work that won him the Nobel Prize.

Dr. Nash's work in cryptography was also ahead of its time: In 2011, the NSA declassified letters written by him in the 1950s, where he had anticipated many concepts of modern cryptography. John Nash was killed, with his wife Alicia, in a car crash on Saturday in New Jersey. He was returning from a trip to Norway where he had received the Abel prize, another high-ranking honor in mathematics.

In this article: gametheory, johnnash, math, mathematics, nashtheory, nobel
All products recommended by Engadget are selected by our editorial team, independent of our parent company. Some of our stories include affiliate links. If you buy something through one of these links, we may earn an affiliate commission.