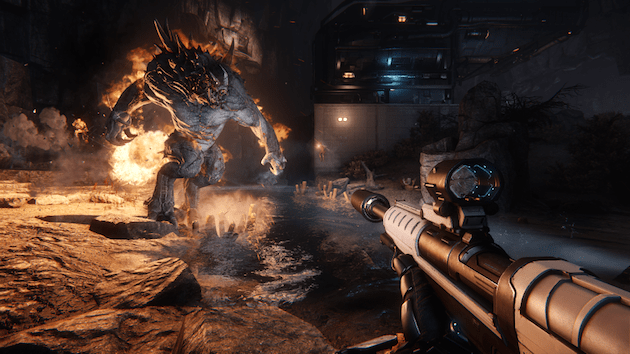 Evolve isn't a typical multiplayer shooter. The game pits four hunters against a quickly mutating monster, with the first task usually being to find and trap the player-controlled goliath. The experience can be a little bewildering for newcomers, so developer Turtle Rock Studios is throwing in a free Arena Mode that keeps everything simple. In a best-of-three match, the hunters and monster are dropped in a small, pre-determined dome with only one goal; take down your opponent(s). The monster starts at stage two with 50 percent armour, reducing the need to devour local wildlife, and when a hunter dies they're out until the next round. It's a bare-bones take on the Evolve formula, stripping away some of what makes the game unique. Still, if you're interested in shorter rounds where you can easily hone your combat skills, Arena Mode could be a welcome change on planet Shear.

In this article: arena, evolve, game, hunters, mode, monster, multiplayer, shooter, turtle-rock-studios, TurtleRockStudios
All products recommended by Engadget are selected by our editorial team, independent of our parent company. Some of our stories include affiliate links. If you buy something through one of these links, we may earn an affiliate commission.