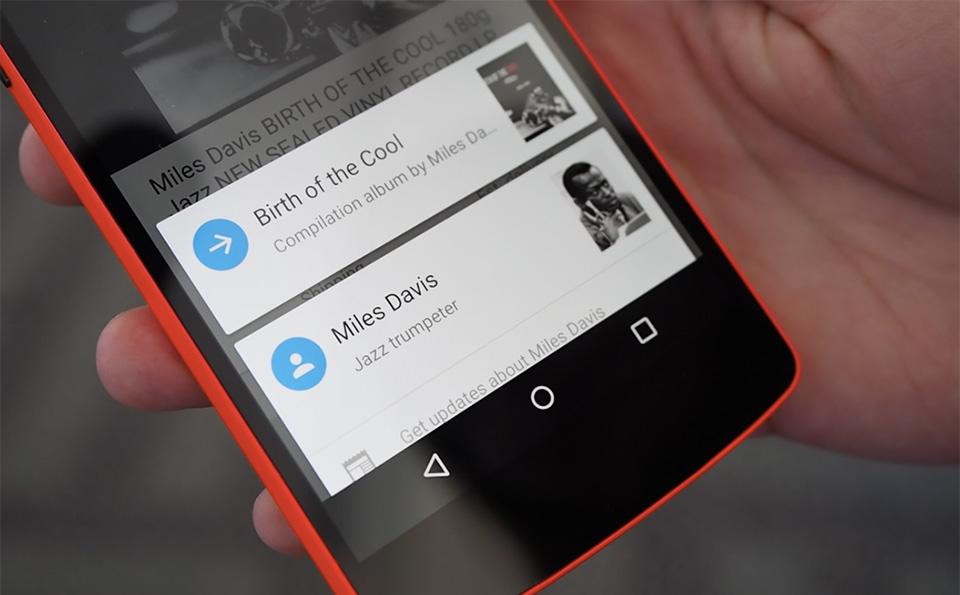 In no particular order, Google's invading our living rooms, our extremities, our skies, and — curiously — our Android phones. No, really! By announcing Google Now on Tap during today's I/O keynote, the company's going all-in on the idea that a Google smartphone isn't complete without the full power of the Knowledge Graph baked into it. And you know what? I think they're right. Even after just a few moments messing around with it, I don't ever want to use an Android device that can't do what Now on Tap can.

Before we go any further, know this: You're not going to be able to use this feature just yet. Holding down the home button on a device running the Android M preview yields a sad little pop-up proclaiming these go-anywhere Now information cards aren't in this software build. At first I thought it was because there weren't any updated apps that knew to pass along data to Now when I asked for it, but Google product manager Paige Dunn-Rankin kindly set me straight. App developers don't have to do anything at all; Now parses the information on-screen and tries to surface relevant information like locations, reviews and definitions all on its lonesome. And you know what the crazy part is? Even now, in its nascent, not-even-closed to finish state, it's amazing.

Yes, you can the bet the demos on stage -- asking what Skrillex's real name was without actually saying his nom de gibberish -- were rehearsed like crazy. Dunn-Rankin's examples were a little more off the cuff, though. While looking up a Miles Davis record on Ebay, she invoked Now with a long press to reveal biographical information and links to his jaunty tunes on Spotify. Pressing and holding the home button while looking at an Instagram photo brought up its Yelp and Foursquare listings, not to mention a read on how far away we were from it. It works great with voice inputs, too, and the ability to infer the context of a situation is seriously impressive -- you can finally speak naturally to Now, and it'll respond naturally with (almost) exactly what you were looking for. Google's been blurring the line between regular Android phones and ones that sort of double as helpful assistants since the days of the 2014 Moto X, which would rouse itself from slumber when you called for it, so today's news is a step we all probably could've foretold.

Naturally, not everyone's as thrilled as I am. Earlier in the day, my colleague Nicole Lee mentioned that the feature would "creep you out even more than before." I completely disagree. Fine, there might be something initially unnerving about a system that tries to anticipate what you want, but mechanically, it's not even close to weird. Google Now just looks at the context of a given situation faster than you can, and provides some very logical jumping off points. It's not scary, it's just scary efficient... though some would agree only a fine line divides the two.

In this article: android, android m, androidm, google, google now, googleio2015, googlenow, io2015, mobilepostcross, now, now on tap
All products recommended by Engadget are selected by our editorial team, independent of our parent company. Some of our stories include affiliate links. If you buy something through one of these links, we may earn an affiliate commission.