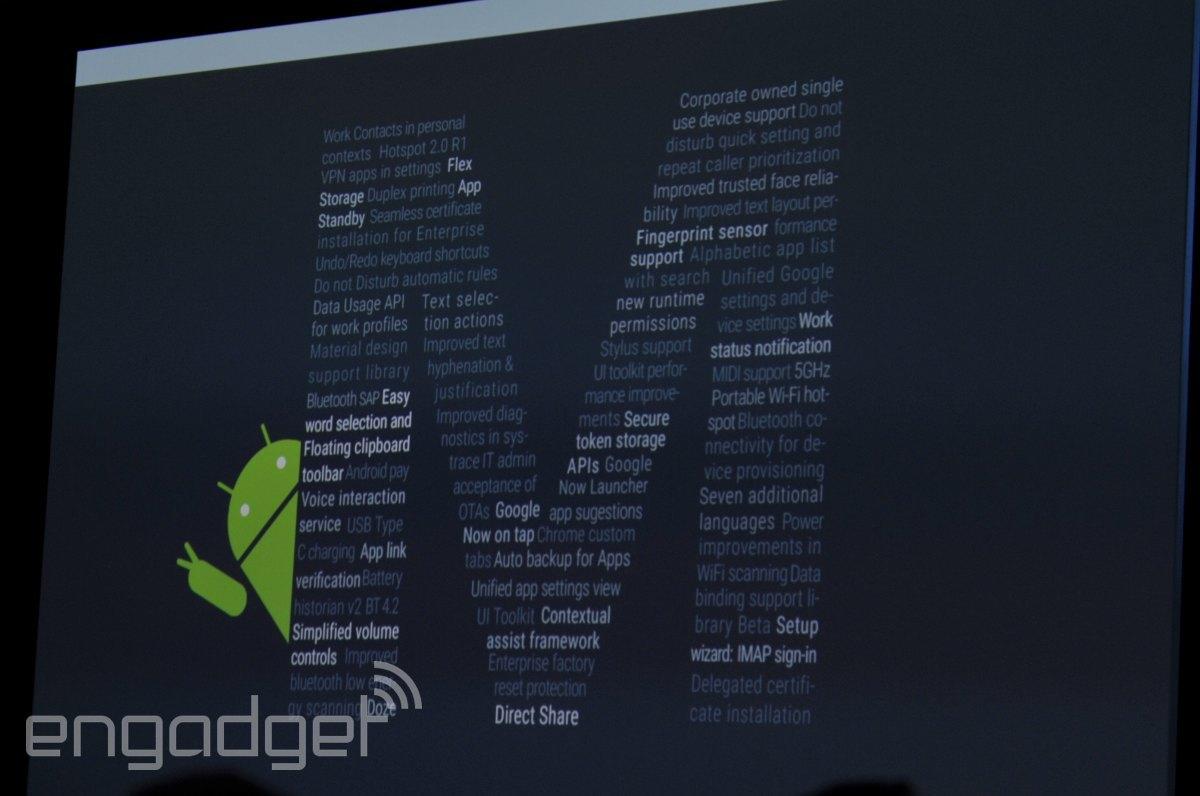 In no surprise to anyone, Google announced that its next version of Android will be called "M," the natural followup to Lollipop and its other edible mobile operating systems. We won't know for some time what the "M" will stand for and are really hoping it's not something lame like "Mobile." Our team came up with a few suggestions of what the sweet treat might be and invite you to guess which one you think will get the honors. If we got it wrong and you have another idea, tweet it to us (we're @engadget, natch).

In this article: android, AndroidM, google, googleio2015
All products recommended by Engadget are selected by our editorial team, independent of our parent company. Some of our stories include affiliate links. If you buy something through one of these links, we may earn an affiliate commission.