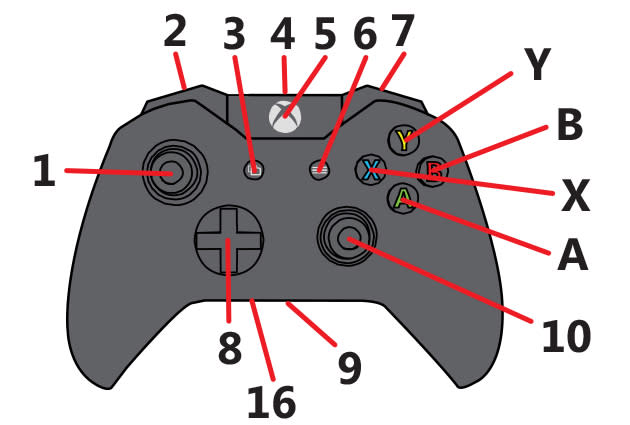 Even though the Xbox One controller has earned many plaudits, one thing universally hated is the lack of a headphone port. So far the best solution has been to buy the $24.99 Xbox One Stereo Headset Adapter, but even that's not without its problems. Although it won't be much consolation to gamers that already bought the adapter, Microsoft is going to release a refreshed controller this June with a 3.5mm port built in.

The news comes via Microsoft's own support site, which says the port (number 16 on the diagram above) will feature on "controllers released after June 2015." It also notes that only "compatible" 3.5mm audio devices can be connected to this port. Chances are you'll be able to hear audio through any headphones, but there will be some headset mics that won't work due to the pointlessly different way manufacturers order the conductors on their jacks. The PlayStation 4, and many phones, suffer from the same issue, so that's not really something Microsoft can control.

In this article: controller, headphones, headset, microsoft, port, update, xbox, xboxone
All products recommended by Engadget are selected by our editorial team, independent of our parent company. Some of our stories include affiliate links. If you buy something through one of these links, we may earn an affiliate commission.