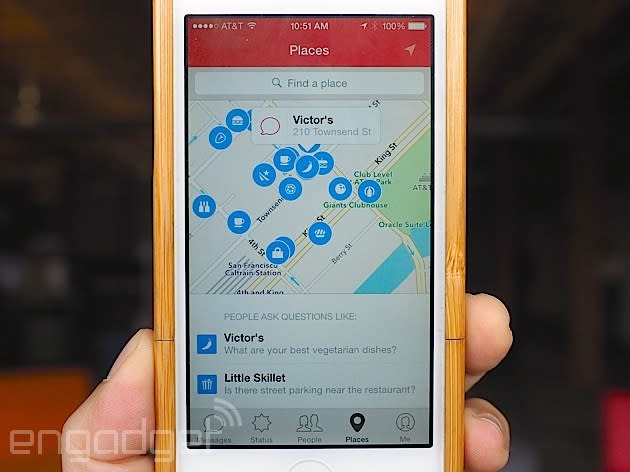 Remember Path, the social network for keeping in touch with your closest friends and family? Unless you live in Indonesia, probably not. And that's part of the reason why it ended selling its social networking apps to Daum Kakao, the Korean parent company of the messaging app KakaoTalk. Path was founded five years ago with a more intimate and well-designed take on social networking, and it snagged 10 million users in that time. But aside from some initial pickup in tech centers like San Francisco and New York City, most of its growth ended up being in Latin America and Southeast Asia (more than half of its users are based in Indonesia). Specifically, Daum Kakao is picking up the core Path app and Path Talk, a standalone chat app it launched last year. Path the company will live on with its animated GIF app Kong, and it likely has some other projects in the works too.

In this article: Daum Kakao, mobilepostcross, Path, social networks
All products recommended by Engadget are selected by our editorial team, independent of our parent company. Some of our stories include affiliate links. If you buy something through one of these links, we may earn an affiliate commission.