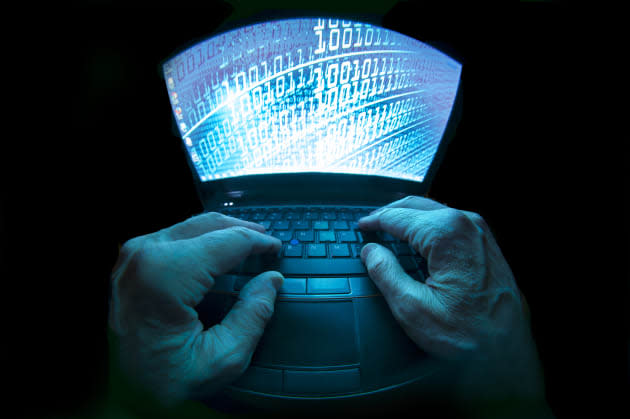 Last week, two hackers unleashed an automated scanning tool on the the internet's deepest layers, known as the Dark Web. This digital underworld is accessible only through the Tor Network and trafficked largely by hackers and criminals looking to avoid the gaze of law enforcement. Hackers Alejandro Caceres and Amanda Towler set their website vulnerability scanning tool, PunkSPIDER, loose on the Dark Web in an effort to improve the semi-anonymizing network's security but made a surprising discovery: the Dark Web may not be nearly as large as experts estimate.

When PunkSPIDER made its rounds last week, the security tool only found about 7,100 .onion sites in total. Heck it's entire scan wrapped up in just three hours. "You might notice that's not a lot of sites. If there's one thing we've learned from Memex it's that the number of Hidden Services [Tor network sites] up at any time has been greatly overestimated," Caceres explained to Forbes. Out of that number, only about 2,100 responded within a reasonable time. The pair found that, for the most part, these sites are pretty secure. Just 50 had actionable vulnerabilities, though that's likely due to their largely single-page, static HTML designs.

In this article: DarkWeb, hackers, hacking, LawEnforcement, onion, PunkSPIDER, security, tor, tornetwork
All products recommended by Engadget are selected by our editorial team, independent of our parent company. Some of our stories include affiliate links. If you buy something through one of these links, we may earn an affiliate commission.