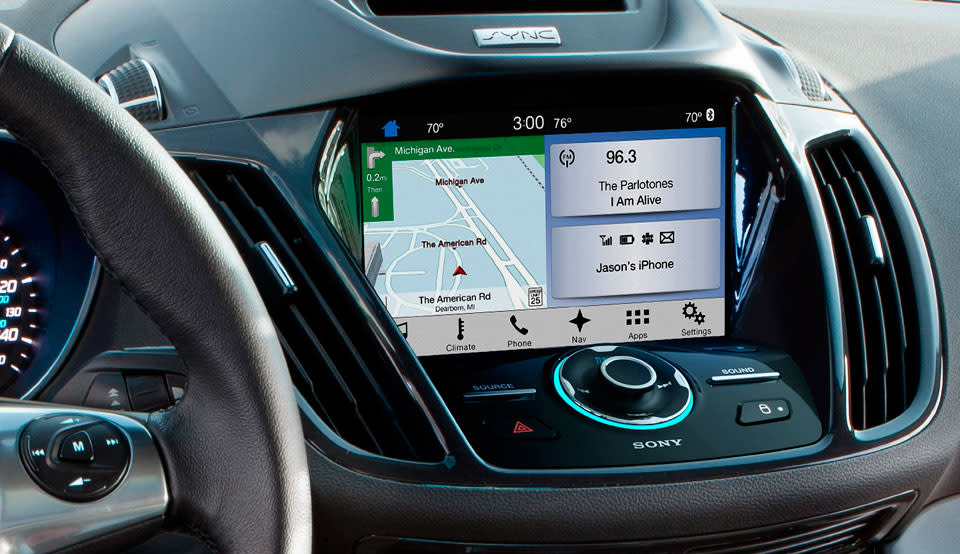 Ford's Sync 3 connected car system is nearly ready to hit the road. The automaker has revealed that its tuned-up infotainment will first show up in 2016 Escape and Fiesta models, both of which go on sale this summer. If you'll recall, this version of Sync makes some big strides toward matching the experience you get on your smartphone. Besides touting an easier (or rather, less cumbersome) and speedier interface, it also brings in support for phone-like capacitive touch, more natural voice commands and WiFi updating. Sync 3 is much smarter about talking to your mobile gear, as well. It'll be one of the first shipping in-car platforms to support both Android Auto and CarPlay, and it'll eventually communicate directly with supporting navigation apps. You'll have to wait until later in the year if you want the new Sync in a spiffier ride like the Mustang, but that's no problem if you're just interested in an A-to-B commuter with modern cabin tech.

In this article: blackberry, car, escape, fiesta, ford, infotainment, qnx, sync, sync3, transportation, vehicle, video
All products recommended by Engadget are selected by our editorial team, independent of our parent company. Some of our stories include affiliate links. If you buy something through one of these links, we may earn an affiliate commission.