Manchester police to give thousands of officers body cams

20,000 London police to wear body cams by early next year 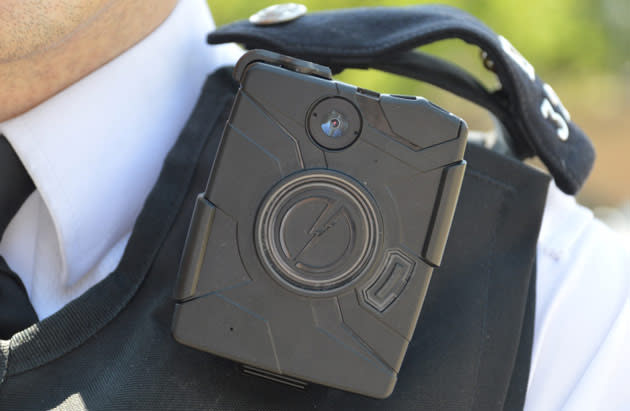 The Mayor of London Boris Johnson has today announced plans to supply the majority of Metropolitan Police officers with roughly 20,000 body-worn cameras within the next ten months. Like other law enforcement agencies, particularly in the US, London police have been conducting a formal trial of the devices, said to be the biggest of its kind, for the past year. This body-cam beta test, which currently generates around 6,000 video clips each month, is due to complete this summer, but already the hardware has shown promise in on-the-fly evidence collection and improving trust where officer accountability is paramount, such as in stop-and-search scenarios.

The original plan was to distribute 20,000 cameras to officers over a ten-year period, but today that commitment has been vastly accelerated, with an aim to complete the roll-out by April 2016. Should everything proceed as planned -- there are several pending evaluations and reports that'll shape police procedure -- it would make London's police force the most camera-adorned of any city in the world. We have a reputation to maintain, after all.

In this article: bodyworncameras, lawenforcement, london, mayoroflondon, metropolitanpolice, police, uk-feature
All products recommended by Engadget are selected by our editorial team, independent of our parent company. Some of our stories include affiliate links. If you buy something through one of these links, we may earn an affiliate commission.