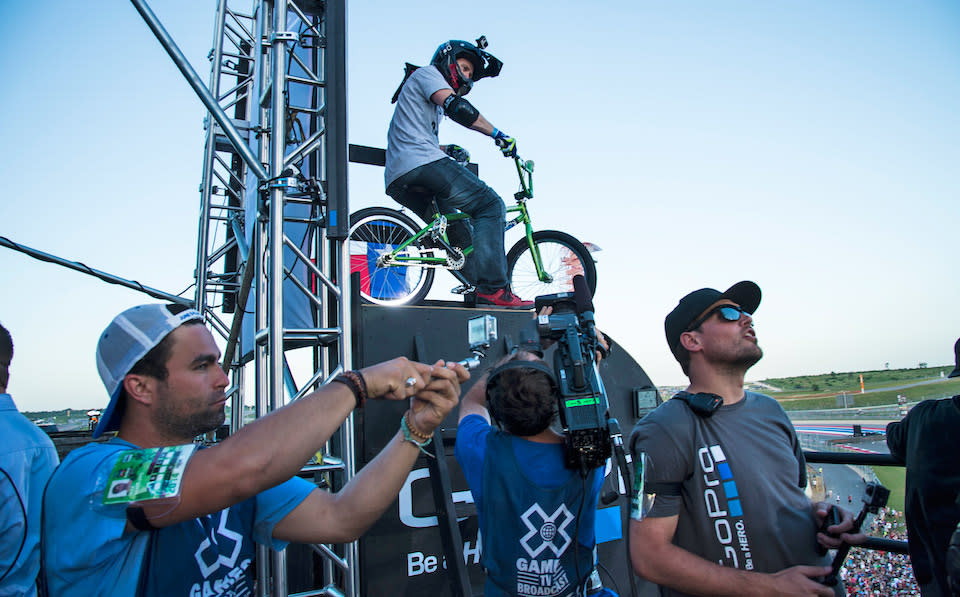 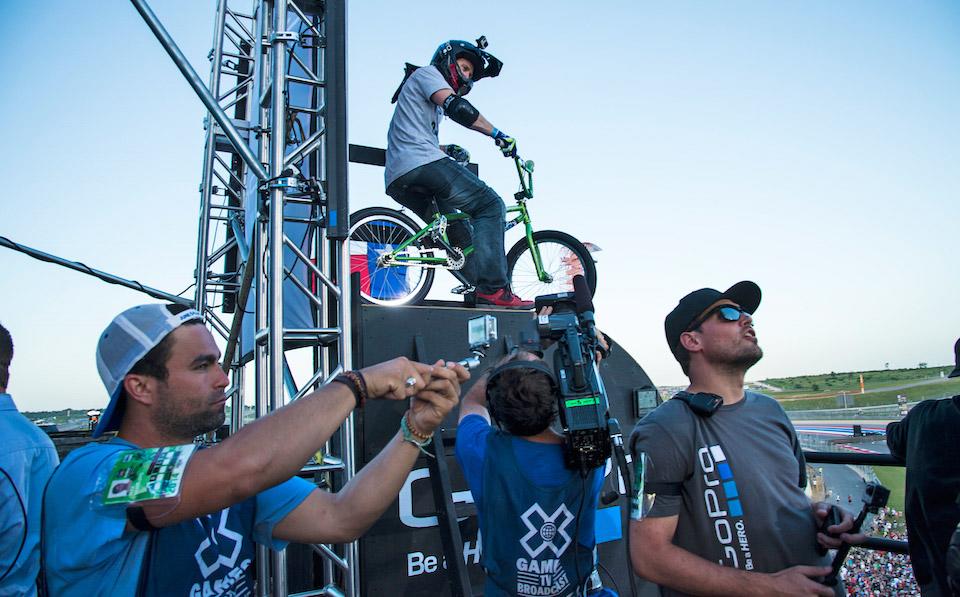 ESPN is never afraid to experiment with new technologies. Earlier this year, it used drones to capture footage of athletes as they performed during the winter X Games in Aspen, Colorado. That recorded content, however, was limited to being used for replays or post-show highlights, if at all. But, over the past few months, ESPN has been working with GoPro to bring a new, real-time camera angle to its broadcast of this year's summer X Games, scheduled to take place in Austin, Texas from June 4th to June 7th. For the first time ever, the sports network will be using video from GoPros in live broadcasts of the event, giving viewers at home a first-person look at the action while it happens. ESPN began testing GoPro's system, dubbed HeroCast, at the Aspen X Games back in January, but it felt that now was the right time to integrate it into its telecast. "We wanted to create [a system] where GoPro captured audio and video could be transmitted, from wherever it was put, to the production control room live and with high-quality," says Rich Feinberg, ESPN's vice president of production, about the partnership with GoPro. "It's about putting the fan in the seat of the athletes." Where exactly the cameras get positioned depends on the type of event -- they could be on a competitor's helmet, for example, as well as a bike, board, course or ramp.

"It's about putting the fan in the seat of the athletes." Interestingly enough, GoPro says the cameras that will be part of these live broadcasts are simply modified versions of its Hero4 action shooter. Of course, the company's no stranger to the field of extreme and mainstream sports. A few months ago, it signed a deal with the NHL and NHLPA to deliver real-time content during national and regional broadcasts of hockey games. In the case of the X Games, though, GoPro wants to make it clear that it is broadcasting, not streaming, the footage -- and thus it relies on a more advanced wired setup.

According to an ESPN spokesperson, the network plans to look at the HeroCast as a tool in its growing arsenal of non-traditional broadcast mediums. While it can't say specifically that it'll use it for more events going forward, it certainly sees it as a proper fit for the X Games Austin. The first broadcast with the system will be for tonight's Harley Davidson Flat Track Racing, which is set to begin at 8:30pm ET on, you guessed it, ESPN.

In this article: broadcast, ESPN, ExtremeSports, GoPro, hands-on, hdpostcross, Live Broadcast, Sports, X Games, XGames
All products recommended by Engadget are selected by our editorial team, independent of our parent company. Some of our stories include affiliate links. If you buy something through one of these links, we may earn an affiliate commission.