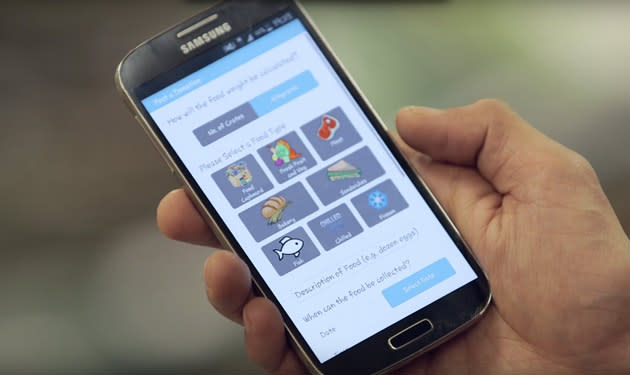 It's strange to think that in an affluent nation like the UK, there are people going hungry while shops and eateries throw out masses of perfectly good food every day. Charity organisation FareShare has tasked itself with saving this unwanted food from the bin out back and distributing it to other charities that can use it, and under a new partnership with Tesco, it's turned to technology to grease the wheels. With the FoodCloud mobile app, Tesco store managers can log items earmarked for disposal, informing FareShare of the potential donation which the charity can then arrange to collect. Born from ongoing partnerships with FareShare and FoodCloud, Tesco's kicked off the UK pilot in its Surrey Quays store, and will expand it to a further nine locations in four cities under a wider trial. FoodCloud is already in use across all of Tesco's supermarkets in Ireland, so there's definite scope for the pilot to become a widespread initiative. And hopefully, Tesco will inspire other businesses to take part, too.

In this article: charity, fareshare, foodcloud, mobilepostcross, tesco
All products recommended by Engadget are selected by our editorial team, independent of our parent company. Some of our stories include affiliate links. If you buy something through one of these links, we may earn an affiliate commission.