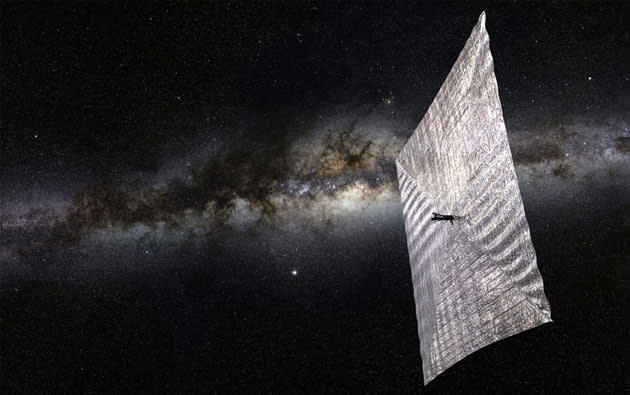 Unfortunately, the LightSail spacecraft's recovery wasn't quite as miraculous as its creators first thought. The Planetary Society reports that it hasn't heard back from its sailer since Wednesday, shortly after the vehicle deployed its solar panels. The ground crew suspects that the failure might be due to a battery glitch, since the energy cells largely stopped drawing a current after the panels deployed. Attempts to wake up LightSail with "blind" commands (that is, without confirmed contact) haven't helped, so there's no simple fix.

Unlike the last catastrophe, it's not so likely that the craft will simply revive itself if given enough time. There's hope that this is a "chronic undervoltage condition" that will fix itself once LightSail enters an orbit with significantly more sunlight. If there's something else to blame, however, this initial test run might just come to an unceremonious end -- and the team will have to learn some hard lessons to prevent similar trouble with future flights.

Update 6/7: LightSail is the ship that refuses to die, apparently. The Planetary Society has not only restored contact, but deployed the sails.

In this article: lightsail, planetarysociety, science, solarsailer, space, spacecraft, spaceship, transportation
All products recommended by Engadget are selected by our editorial team, independent of our parent company. Some of our stories include affiliate links. If you buy something through one of these links, we may earn an affiliate commission.