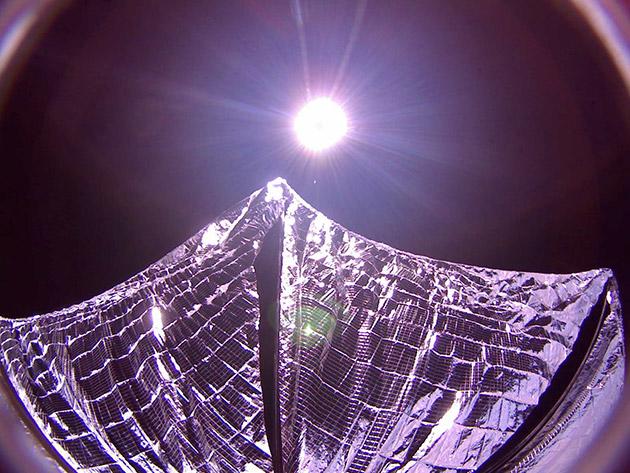 A series of computer problems and battery glitches make LightSail's victorious unfurling of solar sails extra sweet. Now, we have a sailfie (*groan*) of the spacecraft with its wings proudly rolled out and a view of the sun to prove that it really did successfully deploy its wings in low-Earth orbit on June 7th. LightSail's ground crew is even currently downloading a second image captured from the opposite side, possibly with Earth in the background. The engineers might still increase the tension of the sails in the next few days, so they could look flatter than in the picture above. After that, they'll be analyzing the images and the sails' tensioning results in preparation for the vessel's first major mission in 2016, which was partly crowdfunded via KickStarter.

In this article: billnye, lightsail, space, theplanetarysociety
All products recommended by Engadget are selected by our editorial team, independent of our parent company. Some of our stories include affiliate links. If you buy something through one of these links, we may earn an affiliate commission.