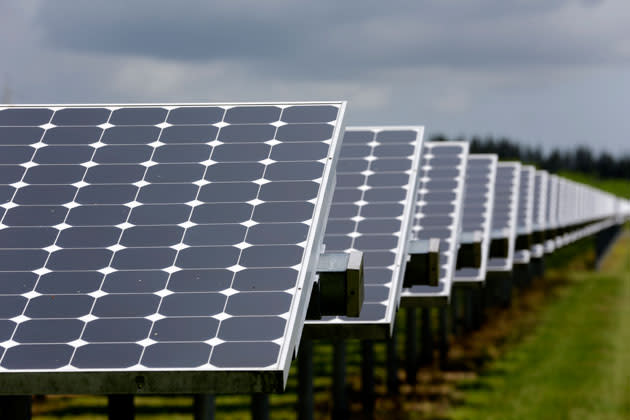 Amazon has a reputation problem. While fellow tech giants like Apple and Yahoo are considered champions of clean energy, Greenpeace and other advocacy groups regularly knock Amazon for running its servers on dirty power (like coal) and saying little about its renewable energy plans. The company is about to burnish its image in a big way, however -- it just announced that it will support the construction of an 80MW solar farm in Virginia, the largest ever in the state. The eco-friendly plant will supply Amazon Web Services data centers (both present and future) on top of the local grid, so your favorite app or website might run on pollution-free computing when the farm is ready around October 2016.

Of course, this isn't the end game for Amazon's greening efforts. About 25 percent of AWS' power comes from renewable sources as of April, and the solar plant will help kick that up to 40 percent by the end of next year. The challenge is simply that some of Amazon's tech rivals are well ahead -- it'll still appear behind the curve until it's either depending entirely on renewable power (the ultimate goal) or picks up the pace.

In this article: amazon, AmazonWebServices, aws, cloud, energy, greenpeace, internet, solar, solarfarm, virginia
All products recommended by Engadget are selected by our editorial team, independent of our parent company. Some of our stories include affiliate links. If you buy something through one of these links, we may earn an affiliate commission.