ICYMI: Cameras on Cops, VR beam onto Enterprise and more 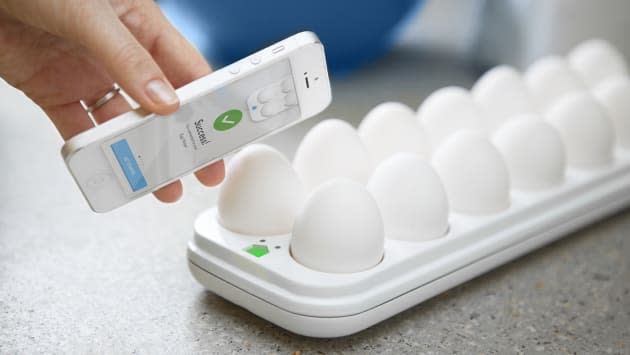 The Quirky dream is over -- or at least, it's fundamentally changing. The company just announced that it'll no longer be building products of its own, instead it'll focus on channeling ideas to corporate partners like GE and Mattel. Quirky launched as a way for anyone to pitch their unique invention ideas, which would then be voted on by the community and, if deemed worthy, eventually produced by Quirky. On top of the internet fame from getting your dream idea built, you'd also get a cut of the profits. But now, Quirky is changing things up, following a slew of unusual products (remember that smart egg tray?) that were often buggy, and which few people wanted to buy. The news comes as the company is preparing to announce a new round of funding, as well as additional funding for its connected home spinoff Wink.

Last fall Quirky made a big push into the Internet of Things with the launch of several new GE-branded products. Those sorts of collaborations will continue, with Quirky serving as a creative funnel bringing ideas from its community to manufacturing partners. The company is also looking for a partner to take over its outlet and switches business -- its Pivot Power strip was one of its few successful standalone products.

Quirky basically needs all the help it can get at this point. The company's Wink hubs suffered a major outage a few months ago, which left some users with bricked devices that had to be replaced. That's not exactly the best way to instill confidence in your platform. (Personally, I'm still trying to get my Wink Hub connected to my WiFi network with some degree of stability.)

In this article: Quirky
All products recommended by Engadget are selected by our editorial team, independent of our parent company. Some of our stories include affiliate links. If you buy something through one of these links, we may earn an affiliate commission.