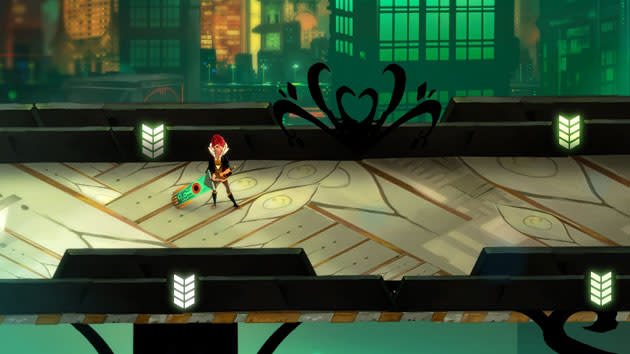 Dig Transistor's blend of hack-and-slash action, role-playing elements, and sci-fi storytelling? You no longer have to sit down in front of your console or PC to give a shot. Supergiant Games has released Transistor as a universal app for both iPhones and iPads, so you can carry on the adventures of Red and her giant, intelligent sword when you're on the move. The mobile title has a new touch-oriented control scheme, although there's also an optional "Classic Controls" option if you'd prefer gamepad-like input. There's no mention of an Android version, but we wouldn't count on one when Bastion hasn't received an Android port so far.

In this article: action, gaming, ios, ipad, iphone, mobilepostcross, roleplayinggame, rpg, supergiantgames, transistor
All products recommended by Engadget are selected by our editorial team, independent of our parent company. Some of our stories include affiliate links. If you buy something through one of these links, we may earn an affiliate commission.