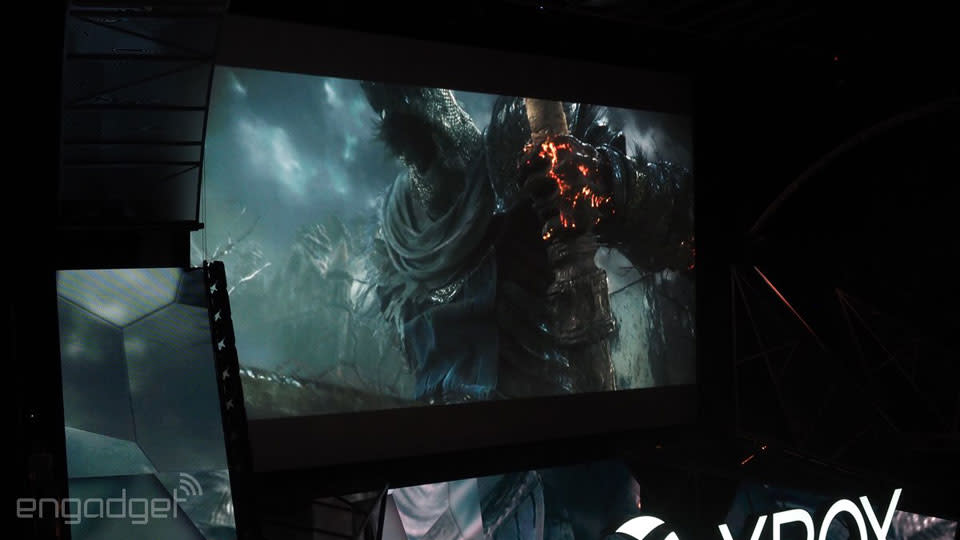 What, did you think From Software would take a break from releasing its punishing Souls games just because Bloodborne is out the door? Just the opposite. The studio has just teased Dark Souls III, the next title in its dark fantasy action series. There's not much to know beyond its early 2016 release date, but From's signature bleak landscapes are intact. There's also what looks to be a lava giant in the brief preview clip, so there will very likely be some epic battles ahead. And while it's safe to presume that DS3 will reach the Xbox One given its appearance at Microsoft's E3 event, it's not an exclusive -- the odds are that it's headed to the PlayStation 4 as well.

Update: Dark Souls III will indeed be released for Xbox One, PS4 and PC (via Steam).

In this article: darksouls3, darksoulsiii, e3, e32015, fromsoftware, gaming, namcobandai, videogames, xboxone
All products recommended by Engadget are selected by our editorial team, independent of our parent company. Some of our stories include affiliate links. If you buy something through one of these links, we may earn an affiliate commission.