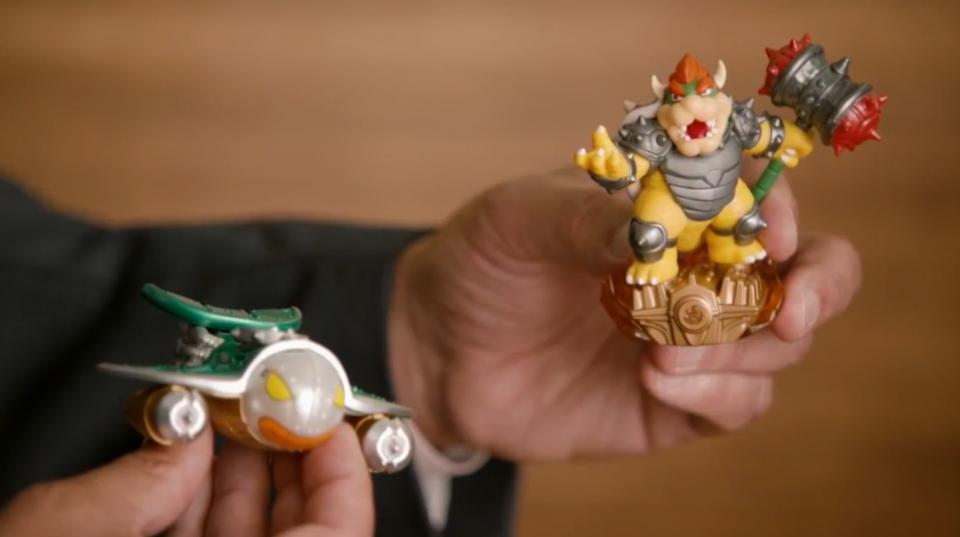 Unlike Microsoft or Sony, Nintendo isn't hosting a big event on the ground at E3 2015. But that doesn't mean the gaming titan won't be taking part in this week's festivities. During a video showcase for E3, the chief of Nintendo North America, Reggie Fils-Aime, revealed a new partnership that will bring the company's fan-favorite Amiibo characters into the world of Skylanders. The crossover initiative is going to merge two of the most popular toys-to-life series, making it possible to use a Turb Charge Donkey Kong, Barrel Blaster, Hammer Slam Bowser or Cloud Cruiser figurine in either Skylanders games or as an Amiibo -- to make them work, all you have to is twist the toys' base.

The Turbo Charge Donkey Kong and Hammer Slam Bowser are debuting in Activision's Skylanders Superchargers, which is expected to be released on September 20th for the Wii U. (Spoiler alert: they look like a ball of fun!) In this article: Amiibo, E3, E3 2015, E32015, hdpostcross, Nintendo, Skylanders
All products recommended by Engadget are selected by our editorial team, independent of our parent company. Some of our stories include affiliate links. If you buy something through one of these links, we may earn an affiliate commission.