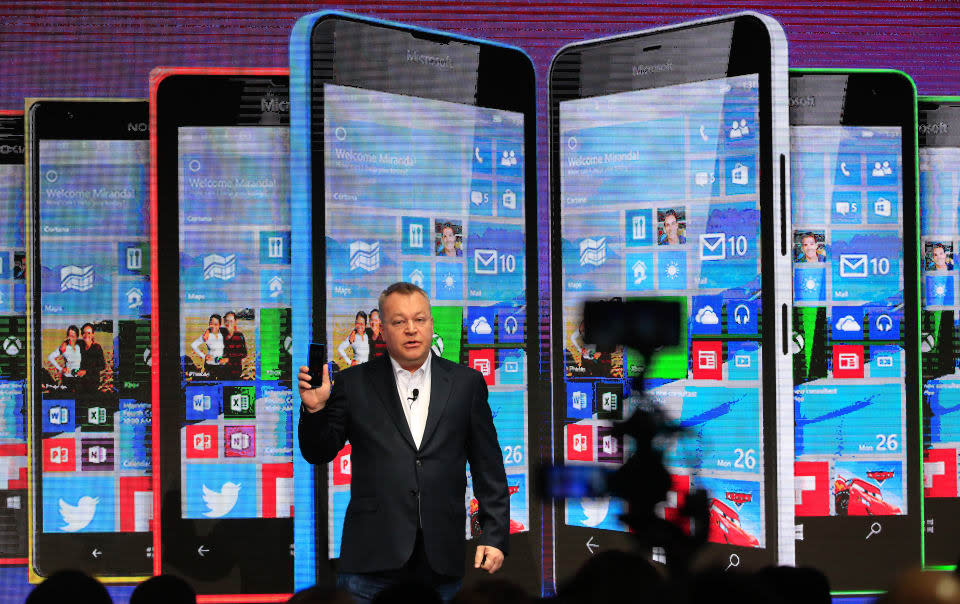 Stephen Elop, the former Nokia CEO who helped engineer Microsoft's acquisition of that company's mobile arm, will soon be leaving Microsoft. The software giant announced a management restructuring this morning which lists Elop as one of three executives who will be out the door after a "designated transition period." At Microsoft Elop served as the executive vice president of the Devices and Services group, but now operating system head Terry Myerson will be leading that division as part of a new Windows and Devices Group. The company says it'll be "focused on enabling more personal computing experiences powered by the Windows ecosystem." It makes sense for Microsoft to unite its OS and devices teams, especially since the company is banking on Windows 10 being a platform for just about every device. While Elop talked big once he rejoined Microsoft, Windows Phone is still a struggling platform that's mainly thriving in the low-end arena. Perhaps with new management, Microsoft can figure out a way to make more people pay attention to its mobile offerings.

Update: Jo Harlow, a former Nokia executive who also served as Microsoft's head of phones, is also leaving the company, The Verge reports.

In this article: microsoft, StephenElop
All products recommended by Engadget are selected by our editorial team, independent of our parent company. Some of our stories include affiliate links. If you buy something through one of these links, we may earn an affiliate commission.