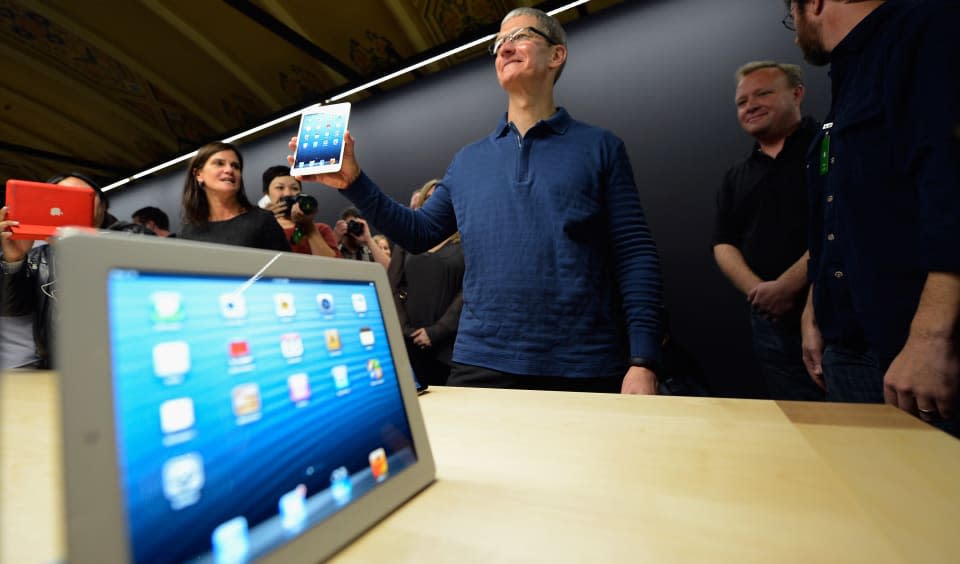 Pour one out for the OG iPad Mini, as Apple has just removed it from its website and online store. It proved Apple could effectively build a smaller tablet, though its low-resolution (1024 by 768) display doesn't hold a candle to the sharp Retina screens we're used to today. And with the iPad Mini 2 at $299 (and no shortage of deals available), there simply wasn't any room for the older tablet on the market. Now Apple is only promoting the iPad Mini 2 and 3 online. And given the $100 price difference between those two tablets, as well as the fact that they sport the same hardware (aside from Touch ID on the iPad Mini 3), we recommend snapping up the iPad Mini 2 for now. By dumping the original iPad Mini, Apple now has a fully 64-bit lineup of iPads, which should make life easier for developers moving forward.

"The non-retina iPad mini model is no longer available," an Apple spokesperson confirmed in an e-mail. "Now all models of iPad mini and iPad Air have 64-bit Apple-designed CPUs and high-resolution Retina displays."

In this article: apple, iPadMini, mobilepostcross
All products recommended by Engadget are selected by our editorial team, independent of our parent company. Some of our stories include affiliate links. If you buy something through one of these links, we may earn an affiliate commission.