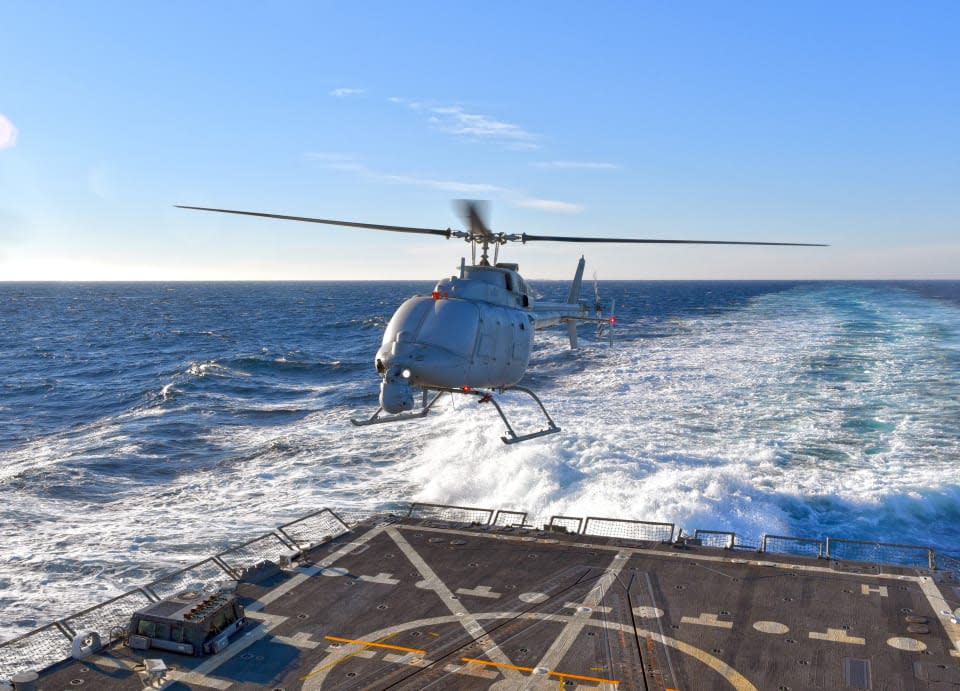 The Department of Defense is reportedly readying it's larger and more capable iteration of the MQ-8 Fire Scout UAV for use aboard its Littoral Combat Ships beginning in 2018. Military.com reports that after two years of flight tests, the Navy is prepping its new MQ-8C Fire Scout for operational testing ahead of its eventual deployment. It's predecessor, the MQ-8B, entered service last November aboard the USS Fort Worth.

At 31 feet in length, the MQ-8C isn't just larger than the 24-foot MQ-8B, it offers longer endurance, greater range and larger payloads as well. As Capt. Jeff Dodge, program manager, Multi-mission Technical Unmanned Air System Office, told Military.com, the MQ-8C can remain aloft for more than twice as long as its earlier version and carry more than 700 pounds of equipment -- 100 pounds more than the MQ-8B. This added capacity will allow the new Fire Scout to carry a new maritime search radar array with a range of more than 80 nautical miles. Once the new version passes operational testing, it's expected to be incorporated into the LCS surface warfare mission package as a reconnaissance device. The Navy has already placed orders for 17 of the anticipated 40 total MQ-8Cs it thinks it will need.

In this article: drones, firescout, ISR, LCS, littoral combat ship, military, Mq-8b, Mq-8C, uav, USNAvy
All products recommended by Engadget are selected by our editorial team, independent of our parent company. Some of our stories include affiliate links. If you buy something through one of these links, we may earn an affiliate commission.