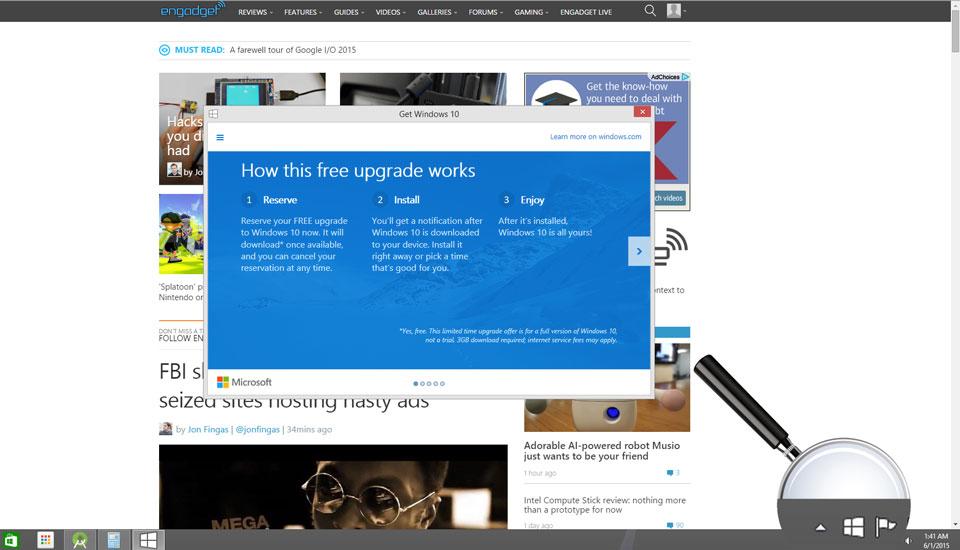 Microsoft made headlines last week when it seemingly announced that it would give away a free copy of the new OS to anyone who signed up to test it. Today however, the company has "clarified" that statement to explain that the offer isn't quite as cut and dry. Windows 7 and 8.1 users are still eligible for a free upgrade on July 29th. However, folks that have installed Windows 10 preview will need to stay signed up for future pre-release updates in order to keep their build's activation status current. But don't think you can be slick and just use your current Preview install while opting out of future updates. If you don't, the build license will eventually expire. So if you want to get a legit version of Windows 10 without paying for it (or one of the previous eligible versions), it looks like your best and only choice is to keep being Microsoft's guinea pig.

Hey everyone, I've updated the post from Friday as it wasn't clear enough & caused some confusion, take a look here: http://t.co/vlaGyfwzbr

In this article: beta, microsoft, preview, windows, Windows 7, windows10, Windows8.1, windowsOS
All products recommended by Engadget are selected by our editorial team, independent of our parent company. Some of our stories include affiliate links. If you buy something through one of these links, we may earn an affiliate commission.