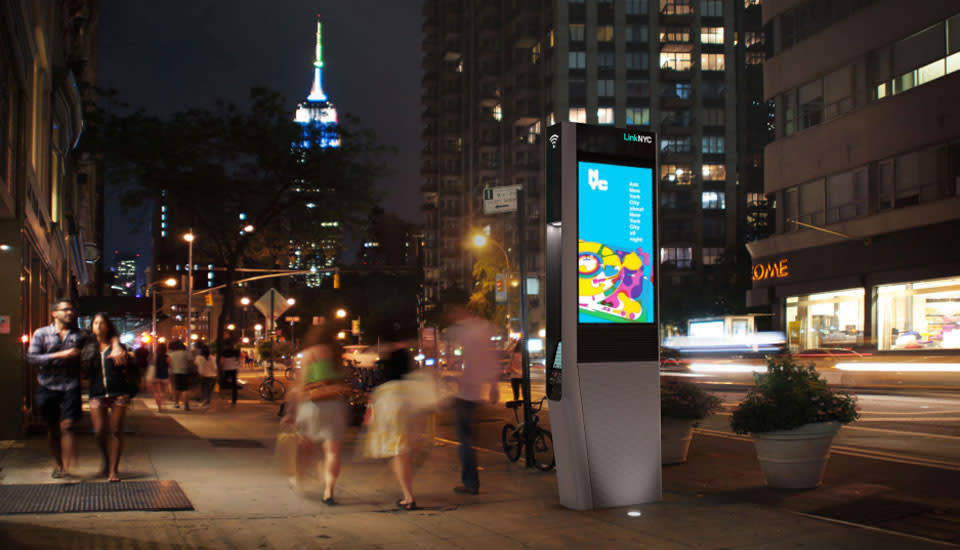 When Google unveiled its urban improvement initiative, Sidewalk Labs, it left one big question: what was this new outfit actually working on? As of today, you should have a good idea. Sidewalk and a group of investors have bought and merged two key companies behind LinkNYC, an effort to offer free, public WiFi across New York City. The combined entity, Intersection, will extended LinkNYC's internet-for-all technology to cities worldwide. Ideally, you'll one day "walk down any street" and expect to get fast wireless data. That sounds more than a little ambitious, but it makes sense given Google's sheer clout and desire for a ubiquitous internet. The easier it is for you to hop online, the easier it is for Google to serve up its money-making ads.

In this article: acquisition, controlgroup, google, internet, intersection, linknyc, networking, sidewalklabs, titan, wi-fi, wifi
All products recommended by Engadget are selected by our editorial team, independent of our parent company. Some of our stories include affiliate links. If you buy something through one of these links, we may earn an affiliate commission.