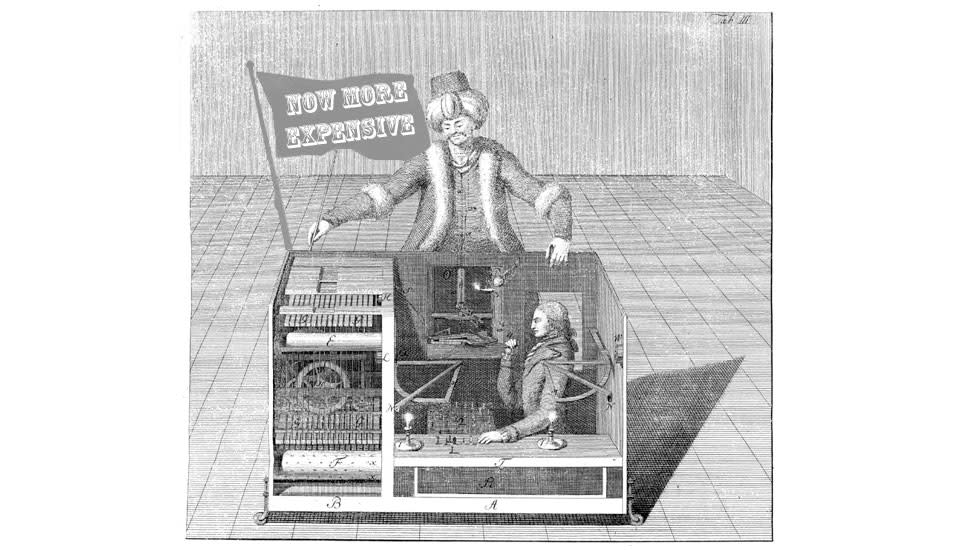 Mechanical Turk, Amazon's "human intelligence task" marketplace is about to get slightly more expensive. For the first time since 2005, the company is going to increase the cut it takes from each transaction, upping the figure from 10 to 20 percent. Amazon is justifying the change by saying that it'll use the extra cash that it raises to improve the service to the benefit of both requesters and workers. It's probably not going to go down too well with "Mechanical Turks" based in countries like India, who are effectively seeing their wages drop by 10 percent. As the Wall Street Journal reports, there's also plenty of consternation from one of the site's biggest customers: university researchers.

If you're unfamiliar with the premise, Mechanical Turk is a marketplace for small jobs that can't be done by a computer. For instance, you can get a person to describe the contents of a thousand images, verify the quality of a local map or write thousands of fraudulent reviews to boost the profile of your product -- paying just a few cents for each one. This has come in useful when computers have difficulty batch-processing data as well as in academic studies where they need information from hundreds of people at a time. Unfortunately, these tasks are going to be hit even harder since tasks involving 10 or more people will be subject to an additional 20 percent commission. The changes will take effect on July 22nd, so if you've been putting off that transcription task, you'd probably better get started sooner rather than later.

In this article: amazon, Mechanical, MechanicalTurk, Turk
All products recommended by Engadget are selected by our editorial team, independent of our parent company. Some of our stories include affiliate links. If you buy something through one of these links, we may earn an affiliate commission.