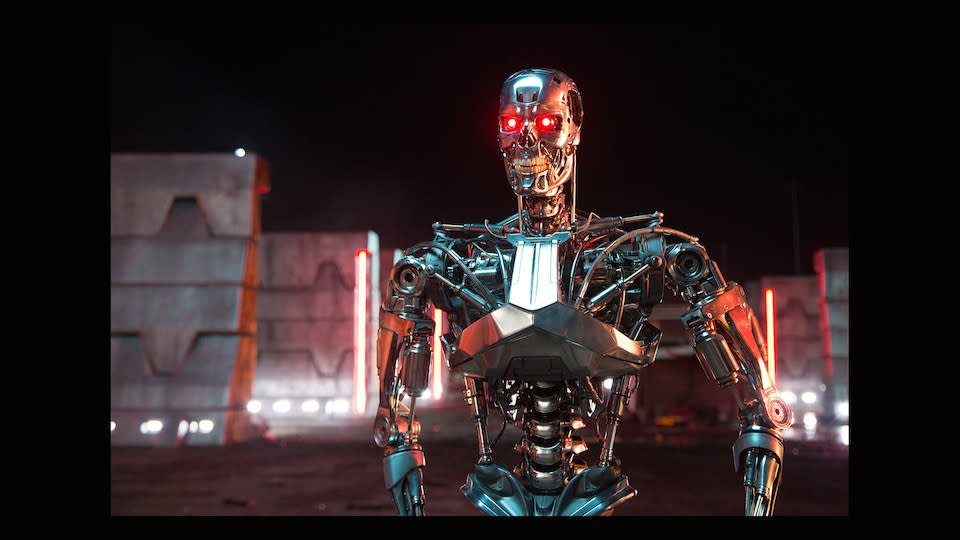 When you head out to watch Terminator Genisys next week, you might want to get to the theater a little early. Not just to get good seats, but also to play a game on your phone before the movie starts. Based on Terminator Genisys: Revolution by Glu Mobile, it's apparently the first ever in-theater interactive game according to Paramount. To participate, simply join the local WiFi network (you'll see prompts to do so on your mobile device). You'll then be assigned to one of four teams, at which point you're instructed to point your phone at the movie screen to aim and shoot at incoming cyborgs. And don't worry about people doing this during the movie -- the game only lasts three minutes and is over before the film starts. Winning teams will get a poster of the movie, at least until July 2nd or while supplies last. The game is only playable in select participating theaters, the list for which you can find after the break.

In this article: genisys, terminator, terminatorgenisys
All products recommended by Engadget are selected by our editorial team, independent of our parent company. Some of our stories include affiliate links. If you buy something through one of these links, we may earn an affiliate commission.