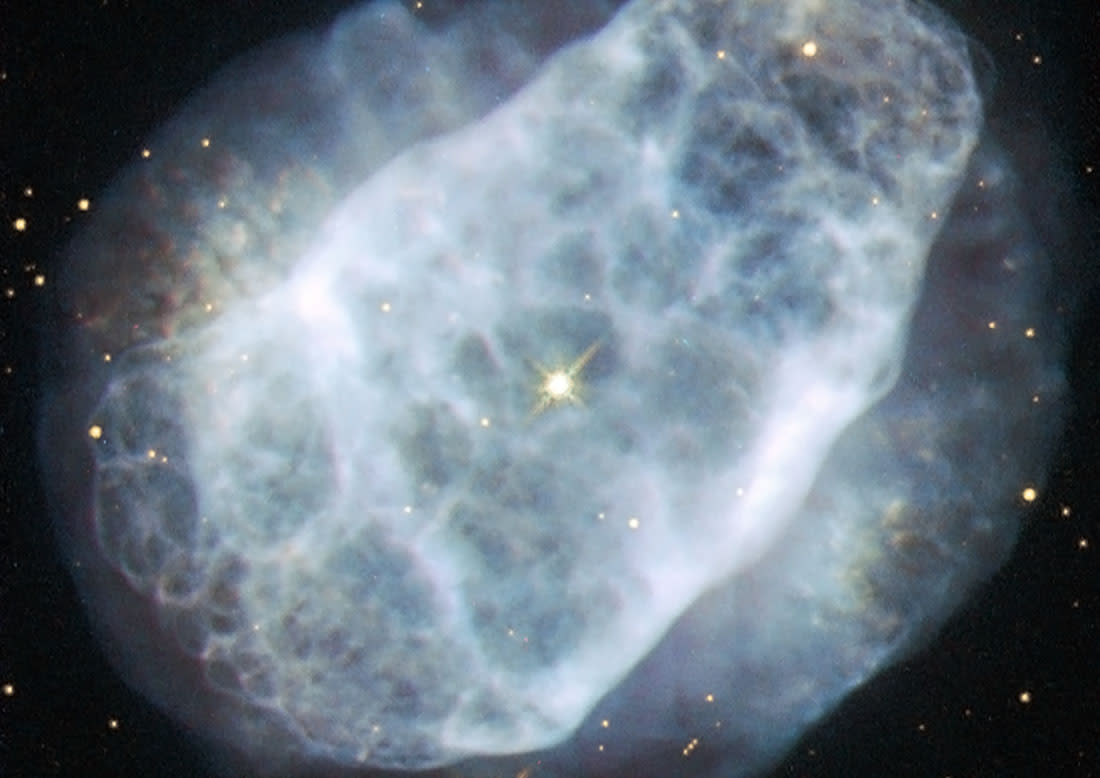 A small minority of enormous stars explode in a fiery supernova after they run out of fuel and collapse. Regular stars die less spectacularly, but the remnants can still be gorgeous. Case in point is NGC 6153, a nebula about 4,000 light-years from Earth. The ethereal blueish, ellipse-shaped cloud (imaged by Hubble, above) was ejected by a sun-sized star after it burned up its fuel. However, the nebula contains an unusually large amount of elements like neon and argon, and five times the nitrogen of our sun. Why? Likely because its star formed in a corner of the Milky Way with a completely different composition than our own neck of the woods.

In this article: ESA, Hubble, NASA, nebula, NGC 6153, nitrogen
All products recommended by Engadget are selected by our editorial team, independent of our parent company. Some of our stories include affiliate links. If you buy something through one of these links, we may earn an affiliate commission.