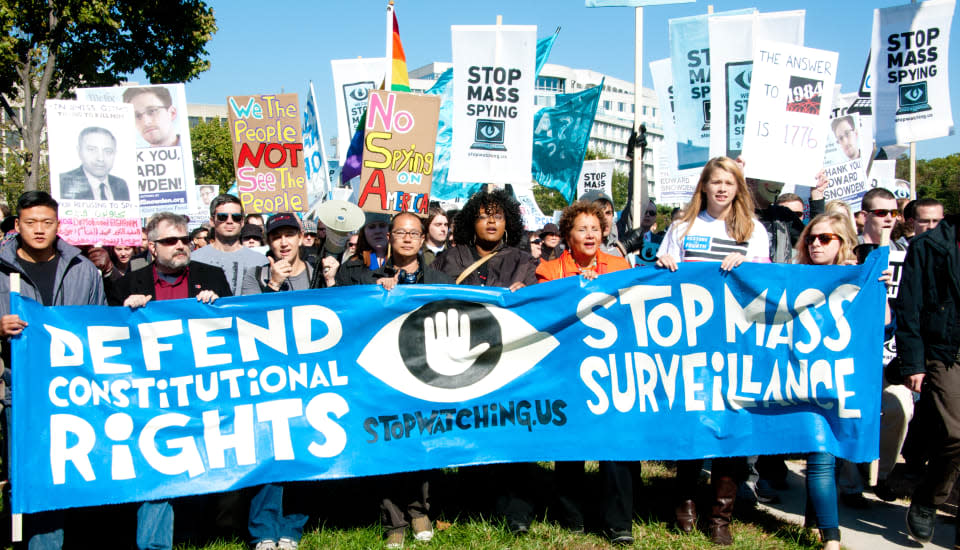 It's been a couple of years since Edward Snowden and The Guardian introduced us to the NSA's spying tool called XKeyscore. Now, The Intercept has published new details about it from 48 documents Snowden provided, revealing that it's a lot more powerful than previously thought. Apparently, it's fed a constant flow of data from all over the world straight from fiber optic cables, can store content from three to five days and metadata for even longer (up to around 45 days). Based on these new documents, the publication has confirmed that the tool helped the agency look up other private info beyond emails and chats, including "pictures, documents, voice calls, webcam photos, web searches, advertising analytics traffic, social media traffic, botnet traffic, logged keystrokes, computer network exploitation (CNE) targeting, username and password pairs, file uploads to online services, Skype sessions and more." The NSA even tracked phone connections to Google Play and Samsung's App Store.

XKeyscore isn't only powerful, though: it's also incredibly easy to use. Toucan Systems CEO and security researcher Jonathan Brossard told The Intercept that hacking remote computers using the tool takes just a few "minutes, if not seconds." Plus, doing so is as simple as typing words into Google search -- it's so easy that the agency can train personnel on how to use the tool effectively within a single day.

Take this for example: NSA analysts merely had to type in UN employees' email addresses into the tool to access their private convos back in 2013. They did so to find UN Secretary General Ban Ki-moon's talking points for a meeting with the POTUS, according to an internal newsletter. The agency officially classifies XKeyscore as a tool against terrorists -- it helped track Osama Bin Laden -- but this proves that it's been used to monitor at least one important political figure.

As for ordinary people, well, the Fourth Amendment protection dictates that the NSA shouldn't be able to gather data from US citizens without a warrant. Unfortunately, EFF's Kurt Opsahl believes it would be tough to separate US-based data from the rest of the world's, since analysts "are not prevented by technical means" to do so. If an agent looks up iPhone users through XKeyscore, for instance, Americans will likely be included in the list, as well. In a statement sent to the website, however, the NSA maintains that all its intelligence operations have been scrutinized and sanctioned by the law, and that they're all "conducted in a manner that is designed to protect privacy and civil liberties." Make sure to read the full report on The Intercept, which contains links to Snowden's documents, to decide for yourself.

In this article: NSA, surveillance, xkeyscore
All products recommended by Engadget are selected by our editorial team, independent of our parent company. Some of our stories include affiliate links. If you buy something through one of these links, we may earn an affiliate commission.