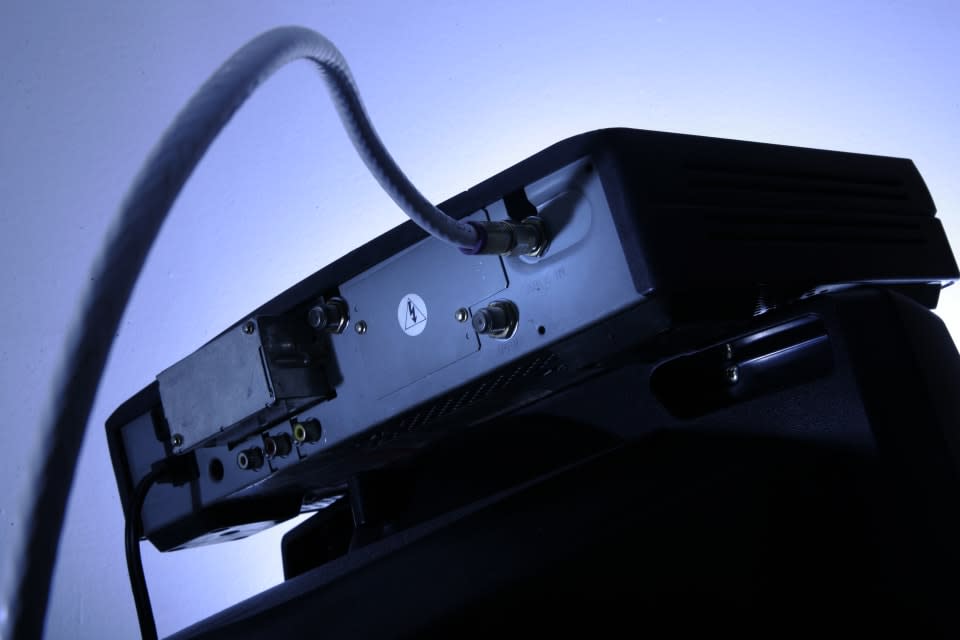 The issue with the Internet of Things (IoT) and the connected home is that they're not even remotely connected. At least not seamlessly. Thanks to competing communication protocols and manufacturers building closed ecosystems, you need a new app every time you add something "connected" to your house. But developer Alticast has proposed another solution. One that uses something that's already in the home: your cable box.

Other than the fact that it gives you access to hundreds of channels and videos-on-demand, your cable box is about as exciting as a doorknob. It's a gateway to somewhere else, and it's forgotten as soon as you step through that door. But that bland portal to the entertainment world could also be the answer to fixing the hydra of IoT hubs from Belkin, Lowe's, Quirky, Philips and others needed to create a connected home. Alticast proposed in a recently published white paper that the cable box could become a protocol-agnostic Internet-of-Things hub. It would bring all your devices together into a single ecosystem that lets your lights talk to your oven that talks to your garage door that talks to your security camera. Everything working together like a truly connected home with a single app and the bonus of your TV being a giant notification center.

Imagine your TV pausing and throwing up a video feed from a security camera in your garage that's tripped by a connected garage door opener. This would be possible if your cable box (or set-top box) aggregated all your devices into a single ecosystem. An ecosystem that not only lets you control your home, but also lowers the risk of your home being hacked because you've reduced the access points to a single device. You're only as secure as your weakest access point and with multiple hubs tied to your network, all it takes is one of those devices to be compromised and suddenly someone is turning off your lights and turning up your fancy, new connected stove.

As always, though, there's likely to be a catch: If the cable industry does go full-tilt into the Internet of Things, expect an additional surcharge on your cable bill. Comcast already offers a security system to its customers starting at an additional $40 a month. By adding a connected home service, it could pull in extra revenue and keep some folks from jumping ship and joining the world of cord-cutters. But even if you said to hell with cable TV, the cable companies that also deliver your internet access could add connected-home functions to the modems they rent to ISP customers. Either way, the cable company makes money on the tech world's inability to get it together and agree on a standard.

It's not like some in the tech world are ignoring the fragmentation issue. Qualcomm has been working on creating a standard with others in the industry with the AllSeen Alliance to create a universal framework. While it's gaining partners, there are still enough device makers in the market that would rather create their own closed ecosystem.

Meanwhile, don't expect anything resembling an IoT hub from Roku and Apple -- two of the biggest players in the streaming-box game -- any time soon. A Roku spokesperson told Engadget, "Roku's core focus is delivering the best streaming-TV experience. Currently there are no plans to serve as a central hub for the connected home." And while people seem to expect the Apple TV to become a connected HomeKit hub, in reality, it's just an access point to Apple's secure iCloud service. In fact, Apple introduced the HAP (HomeKit Accessory Protocol) over iCloud at WWDC so hardware developers could create their own secure connection to iCloud without the use of an Apple TV.

Roku or Apple could change their mind. It's happened before with Apple. Or other hardware makers (Google, TiVo, Amazon) could step up and tackle the problem. But if they don't, this leaves a huge opportunity for cable companies (organizations that don't tend to have many fans) to swoop in and control the connected home. Imagine Comcast being in charge of your lighting and connected appliances. Yeah, it's a scary thought. But more and more connected devices are being introduced without a way to truly connect them all. It would be a substantial coup if cable companies save the day while tech giants are still trying to figure out which networking protocol to support.

But, like the tech companies, there are no immediate plans from cable operators to help solve the fragmented IoT mess. However, Alticast Director of Product Management Susan Crouse points out that CableLabs is working to aggregate the competing protocols. So the work is being done; it's up to some company to seize the opportunity to make IoT less of a headache without adding another one-trick-pony device to a home network. And if it ends up being a cable company, I'll begrudgingly pony up a few extra bucks a month to make my home more like The Jetsons.

In the meantime, we'll continue to open one app to turn off our lights and launch another to set the temperature in our homes -- because, so far, the future is a home connected to apps and not to itself.

In this article: Cable, CableBox, ConnectedHome, InternetofThings, IoT
All products recommended by Engadget are selected by our editorial team, independent of our parent company. Some of our stories include affiliate links. If you buy something through one of these links, we may earn an affiliate commission.