Samsung's 4TB SSD is built to replace your hard drive 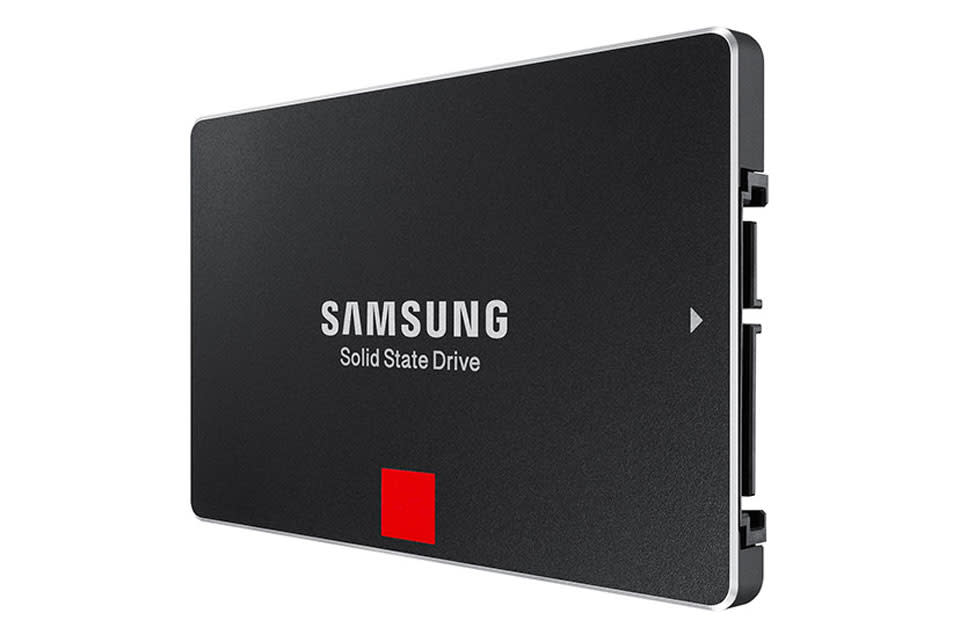 You no longer have to bend over backwards to get more than a terabyte of fast, flash-based storage in your home computer. Samsung is shipping 2TB versions of its 850 Evo and 850 Pro solid-state drives, giving you as much capacity as a decent-sized spinning hard drive while maintaining that all-important SSD speed. They're only intended for desktops at the moment (they only use standard SATA connections), but Samsung is promising similarly cavernous models that are specifically designed for the mSATA and M.2 formats used in laptops. Just be prepared to pay dearly for these no-compromise drives right now -- the 'standard' 2TB 850 Evo is officially priced at $800, while the slightly faster, longer-lasting 850 Pro could easily break the bank at $1,000.

In this article: 850evo, 850pro, samsung, solid-statedrive, solidstatedrive, ssd, storage, v-nand
All products recommended by Engadget are selected by our editorial team, independent of our parent company. Some of our stories include affiliate links. If you buy something through one of these links, we may earn an affiliate commission.