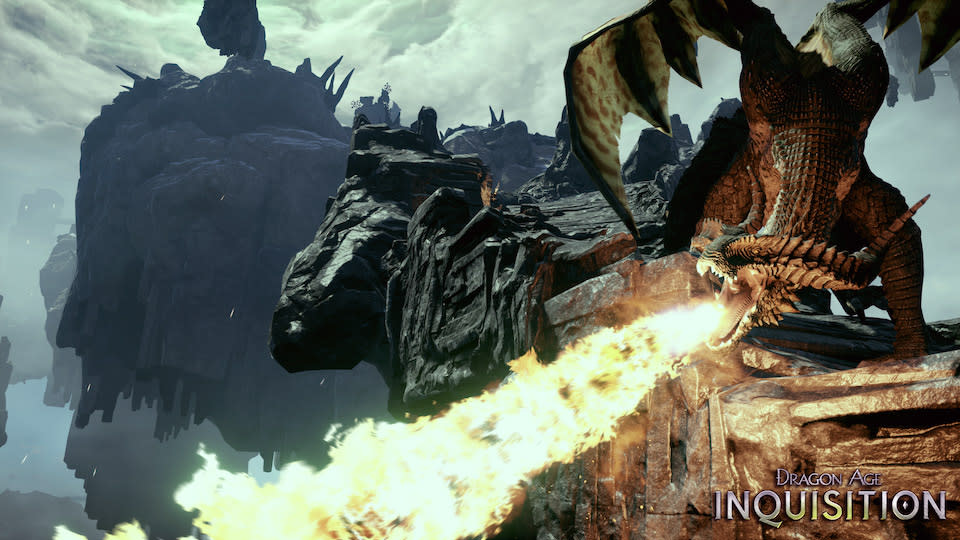 You know that you need the latest game consoles (or a good PC) to get better graphics and special features, but it now looks like you'll need them if you want to see a game's extended storyline, too. BioWare has quietly posted word that "all future" downloadable content for Dragon Age Inquisition will only be available for the PC, PlayStation 4 and Xbox One. There's a save importer arriving this month that will transfer your progress if you buy both a new system and a fresh copy of Inquisition, but you're otherwise stuck if you've poured all your energy into the role-playing title on a PS3 or Xbox 360.

The reduced support isn't entirely surprising. BioWare has already said that it was troublesome to build the latest Dragon Age for five platforms (two of which are nearly a decade old), and add-ons certainly don't help. Also, there's a question of whether or not it's worth the effort. It's no secret that last-gen systems are far from top sellers, and numerous major publishers (including BioWare's parent EA) are devoting virtually all their energy to games for modern hardware. While there's no doubt that consistently offering DLC for old platforms would be ideal, it may be tough to justify the investment in a shrinking group of players who are both holding on to aging consoles and willing to buy expansions.

In this article: bioware, dlc, dragonage, dragonageinquisition, gaming, pc, ps3, ps4, rpg, videogames, xbox360, xboxone
All products recommended by Engadget are selected by our editorial team, independent of our parent company. Some of our stories include affiliate links. If you buy something through one of these links, we may earn an affiliate commission.