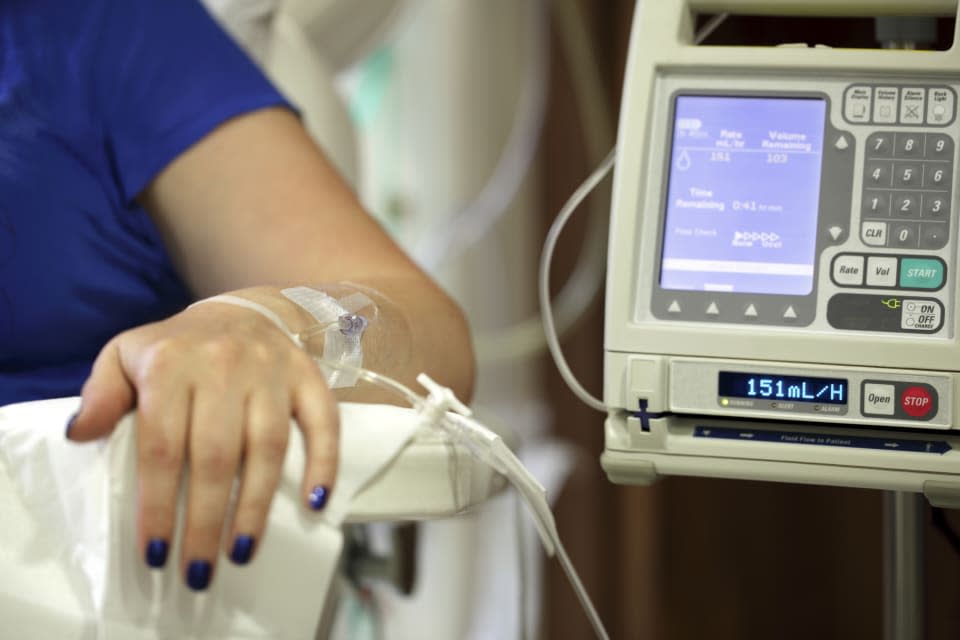 Hospitals around the world use a silver coating on their chemotherapy equipment, such as IV catheters, because the noble metal prevents microbial growth. However, it turns out that this germ killing coating could be damaging chemo drugs that flow over it and harming patients. A team of researchers from the Norwegian University of Science and Technology's (NTNU) Department of Physics revealed this effect in a study recently published in the journal 2D Materials. "We wanted to find potential problem sources in the tubes used in intravenous catheters...Chemotherapy drugs are active substances, so it isn't hard to imagine that the medicine could react with the silver," Justin Wells, associate professor of physics at NTNU, said in a statement.

The team employed x-ray photoemission spectroscopy (XPS) via the MAX IV synchrotron lab in Sweden to look at the surface structure of 5-Fluorouracil (5-Fu), one of the most commonly administered chemo drugs around. The results were shocking: the silver coating wasn't just breaking down bacteria; it was also breaking down the 5-Fu and releasing hydrogen fluoride, a harmful gas. So not only was the effectiveness of the chemo treatment reduced, this reaction was actively generating a dangerous byproduct. "Reactions between chemotherapy drugs and other substances that the drugs come in contact with have, as far as we know, never been studied like this before," Wells says.

In this article: cancer, chemo, chemotherapy, health, hospital, medicine, NTNU, physics, silver, x-rayphotoemissionspectroscopy
All products recommended by Engadget are selected by our editorial team, independent of our parent company. Some of our stories include affiliate links. If you buy something through one of these links, we may earn an affiliate commission.