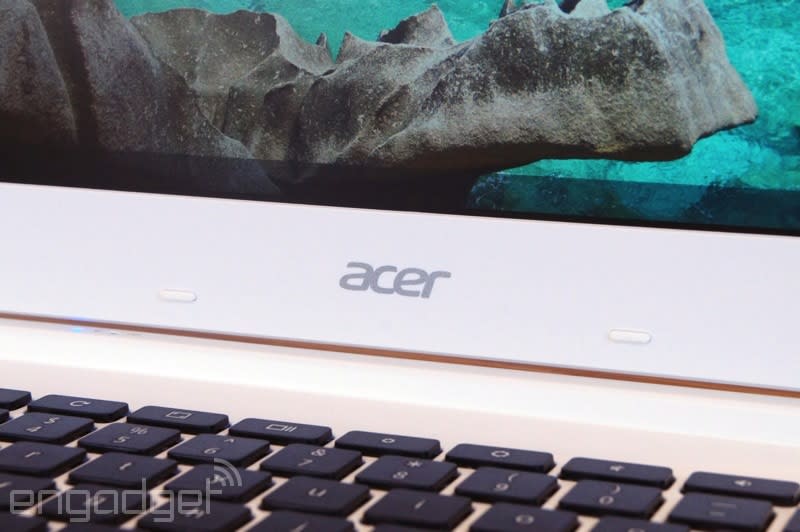 Analysts believe that the PC has had its day in the sun, and now, we've got another shred of proof to toss into the dossier. Acer, the world's fifth-largest PC maker, has revealed that its revenues fell by the better part of 30 percent in the second quarter of the year. The terse announcement wasn't supported by a full earnings release, but the figures mean that this period has been the company's smallest quarter since 2006. The spreadsheet may be missing, but Digitimes is reporting that Acer is betting on Chromebooks, 2-in-1 and gaming laptops will restore the firm to profitability.

Gartner's cabal of sooth-sayers reported that PC shipments in the second three months of the year dropped by nearly 10 percent. Then again, that may not be as much of a cause for despair as you may think, since Windows 10 is launching on July 29th. It's likely that plenty of buyers have held-off on picking up a new machine until the new OS arrives, but probably not enough to return the industry to its heyday. In addition, that same report believes that Acer's chunk of the market shrunk by more than 20 percent since 2014 -- a year when the firm barely squeaked a profit. It remains to be seen if co-founder Stan Shih's much-trumpeted rescue attempt was a success or not, but Charles Arthur over at The Overspill doesn't think it was.

In this article: acer, Analysis, Business, Financials, Gartner, Market, PC, Report
All products recommended by Engadget are selected by our editorial team, independent of our parent company. Some of our stories include affiliate links. If you buy something through one of these links, we may earn an affiliate commission.