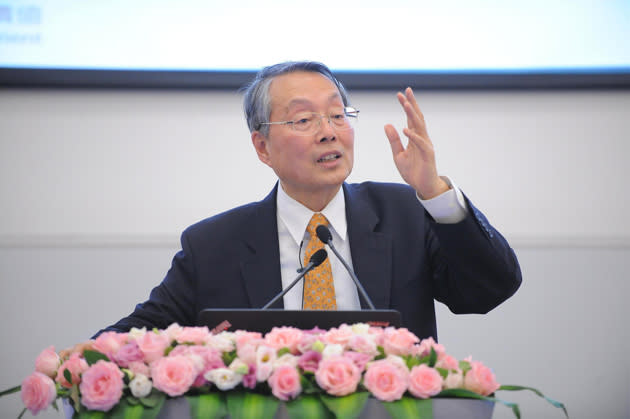 Six months ago, the co-founder of Acer stepped out of retirement to take up the positions of chairman and CEO, with the intention of turning the embattled PC maker's fortunes around. Stan Shih now claims that he's succeeded in this mission, and that people's confidence in the company should be restored by the end of 2014, with a full-fledged "return to glory" to be expected within three years. He won't be sticking around to see if any of that happens, however: The 69-year-old has already handed over the chief exec's reins (twice), and now he's decided to give up the chairmanship too. As of June, he'll retreat to the relative obscurity of Acer's cloud department. He'll oversee the company's effort to make money from its "Build Your Own Cloud" service, based on the idea that customers may want to store their data centrally, but privately, rather than on someone else's servers. Ultimately, though, Acer's future still rests on its hardware, and its most recent products -- the Switch 10 and Iconia Tab 7 -- look a lot like business as usual.

In this article: acer, buildyourowncloud, byoc, cloud, laptop, stanshih, tablet
All products recommended by Engadget are selected by our editorial team, independent of our parent company. Some of our stories include affiliate links. If you buy something through one of these links, we may earn an affiliate commission.