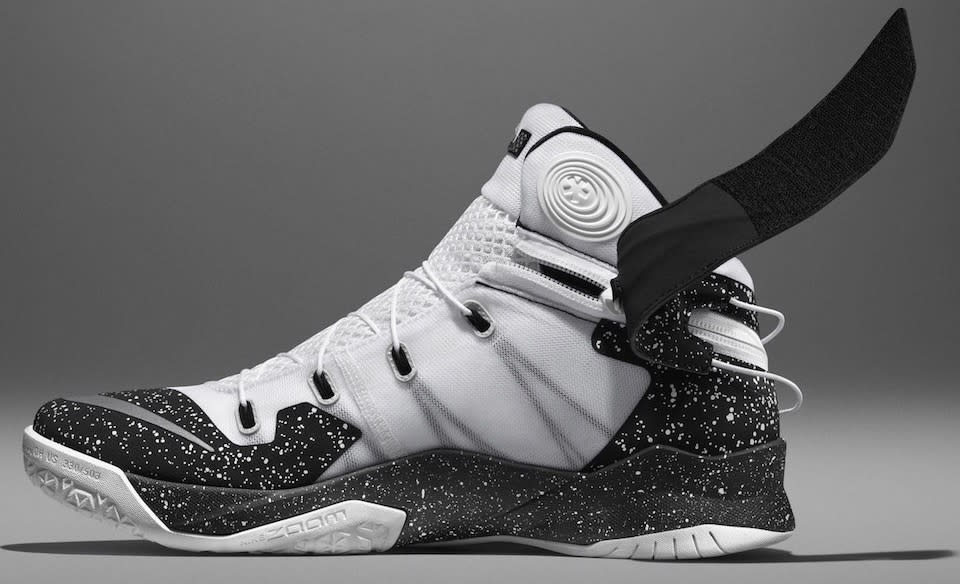 Whether it be in clothing or footwear products, Nike is known for never being afraid to experiment with new technologies. The latest example is the company's new Zoom Soldier 8, a gorgeous shoe that was designed for people facing disabilities -- such as amputees and those who have suffered a stroke or cerebral palsy. With the sneaker's Flyease tech, which features an unusual zipper mechanism that ties around the heel, Nike's made it easier for the disabled community to tie their shoes. Instead of having to use both hands to accomplish this task, something that may not be possible or easy for some, Flyease simplifies this by letting them rely on one hand to open or close the shoe. As Fast Company reports, Nike began development of the zipping system seven years ago; CEO Mark Parker made a special request to Senior Director of Athlete Innovation, Tobie Hatfield, after an employee had a stroke and lost movement on his right hand. Despite Flyease being launched, though, Nike tells Fast Company that it will continue to research and improve the new mechanism. "We know we can continue to make improvements," he said, "but we wanted to give access to those who need this sooner than later."

But let's hope that when the Soldier 8 Flyease launches, on July 16th, it ends up on the feet of people who could actually benefit from wearing the shoe. Here's Nike's main problem: resellers like to buy their sneakers and then post them on eBay at double, triple and sometimes quadruple the retail price -- which is bad news for everyone.

In this article: Disabled, Flyease, Nike, Nike Flyease, NikeFlyease, Zoom Soldier 8, ZoomSoldier8
All products recommended by Engadget are selected by our editorial team, independent of our parent company. Some of our stories include affiliate links. If you buy something through one of these links, we may earn an affiliate commission.