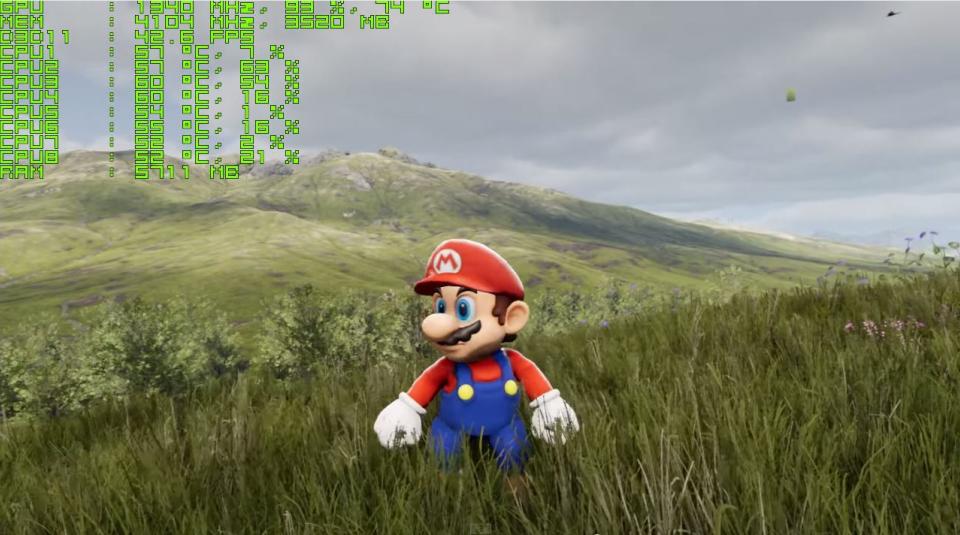 Unreal Engine 4 has shown us what the next generation of video games can look like: large, realistic and mind-bogglingly gorgeous. Frankly, its tech demos are breathtaking -- technical marvels that show off photo-realistic apartments and stunningly beautiful landscapes; but what happens when you cram cartoonish mascots like Mario and Sonic The Hedgehog into these technical marvels? Mind-blowingly awesome YouTube videos, that's what.

It was bound to happen eventually. Back in March, Unreal made its incredibly popular game engine free to anybody who wants to use it, leaving amateur game developers with immediate access to professional game creation tools. Search around YouTube, and you'll find more than a few folks using it to put our favorite game characters into hauntingly realistic worlds. Check it out:

See that vast landscape? That's the setting for Unreal Engine 4's Kite demo, which shows off the engine's ability to handle large worlds and procedural asset placement. YouTube user CryZenx decided it was the perfect place to drop in Sonic The Hedgehog. The resulting demo isn't much of a game (though it does show off just how fast a blue hedgehog can run), but it binds the potential of Unreal Engine 4 to a familiar face -- letting us imagine what the coming generation of games could really look like. CryZenX made a Mario demo, too -- but the plumber looks a little out of place in the Unreal's endless prairie.

YouTuber Aryoksini put Mario in a more familiar environment, a series of castles and caverns more suited to his adventures in the Mushroom Kingdom. The canned environments (taken directly from the Unreal marketplace) look a little too polished for the off-beat world Nintendo's mascot normally inhabits, but it's still a stunning look at where console gaming could be in a few short years. Want to see more? Hit up the YouTube search bar with "Unreal Engine 4" and your favorite video-game mascot. Let us know if you find anything good.

In this article: gaming, mario, nintendo, sonic, unreal, unreal4, unrealengine4, videogames
All products recommended by Engadget are selected by our editorial team, independent of our parent company. Some of our stories include affiliate links. If you buy something through one of these links, we may earn an affiliate commission.