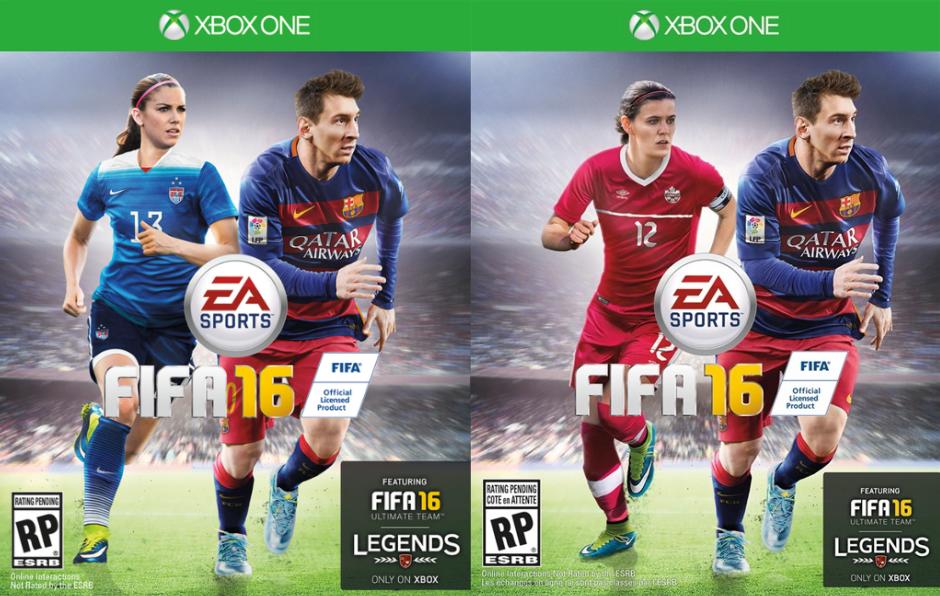 Back in May, EA announced that FIFA 16 would feature 12 national women's soccer teams, making it the first major sports franchise to focus on women's sports. Today marks another milestone: FIFA 16 is now also the company's first major sports title to feature a female athlete on its cover. Three of them, actually -- depending on where you live.

It's a step forward for women's representation in gaming, but we kind of knew it was coming: When EA announced that Lionel Messi would grace the game's cover, it said it would be adding additional players to regional covers -- and some of the candidates were women. Now we know the final lineup: US buyers will see Olympic gold medalist Alex Morgan running alongside Messi; in Canada, Morgan will be replaced by local favorite Christine Sinclair and Stephanie Catley will grace the cover in Australia.

These three women aren't just some of the most recognizable players in their league; they're also teammates -- they all currently play for the Portland Thorns, professionally. Now if only EA could make its star players look a little less awkwardly photoshopped on its cover art, we'd be living in a better world.

In this article: ea, easports, fifa, fifa16, videogames, women
All products recommended by Engadget are selected by our editorial team, independent of our parent company. Some of our stories include affiliate links. If you buy something through one of these links, we may earn an affiliate commission.