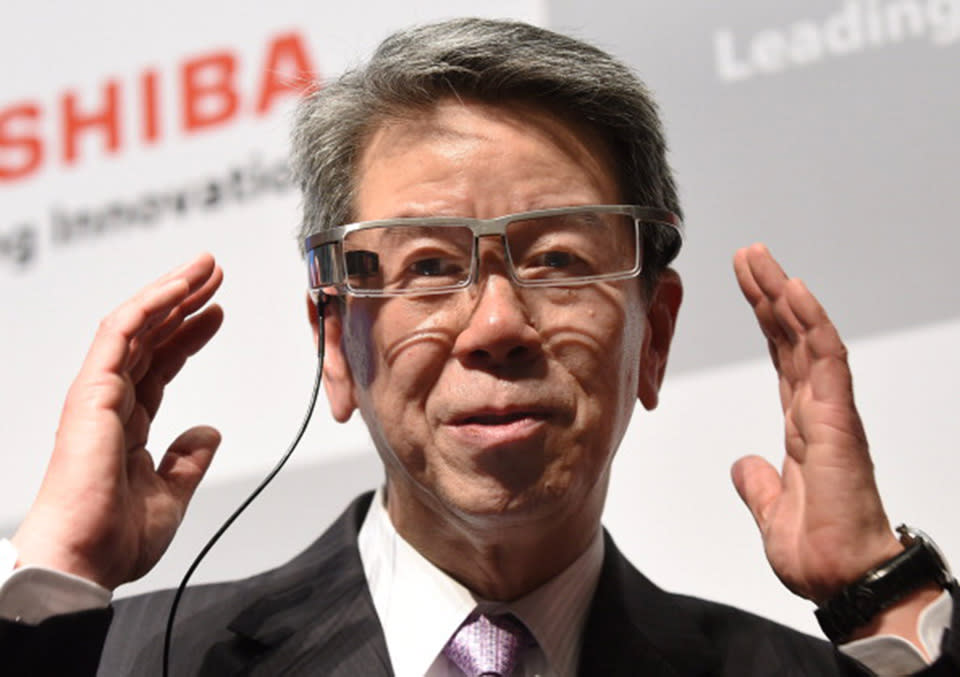 We knew it was coming, but Toshiba's CEO and president Hisao Tanaka is no longer at the company. As the electronics giant attempts to recover from the fallout following the disclosure that it declared $1.2 billion in false profit, Tanaka and two other executives have announced their resignations to take responsibility for the scandal. An independent investigation found that management lied about operating profits for over six years in a bid to meet internal targets, starting just after the financial crash seven years ago.

Toshiba says chairman Masashi Muromachi will fill the vacant chief executive role for the time being and help appoint a new management team. Including Tanaka, vice-chairman Norio Sasaki and former president Atsutoshi Nishida, eight high-level executives have now resigned after it was found they'd been cooking the books. Toshiba estimated a 55 billion yen ($442 million) writedown, but today's report revealed it was almost triple that figure. The company will now explore selling property and other assets to raise money to cover the blots on its balance sheet.

In this article: accounting, Hisao Tanaka, japan, profit, scandal, toshiba
All products recommended by Engadget are selected by our editorial team, independent of our parent company. Some of our stories include affiliate links. If you buy something through one of these links, we may earn an affiliate commission.