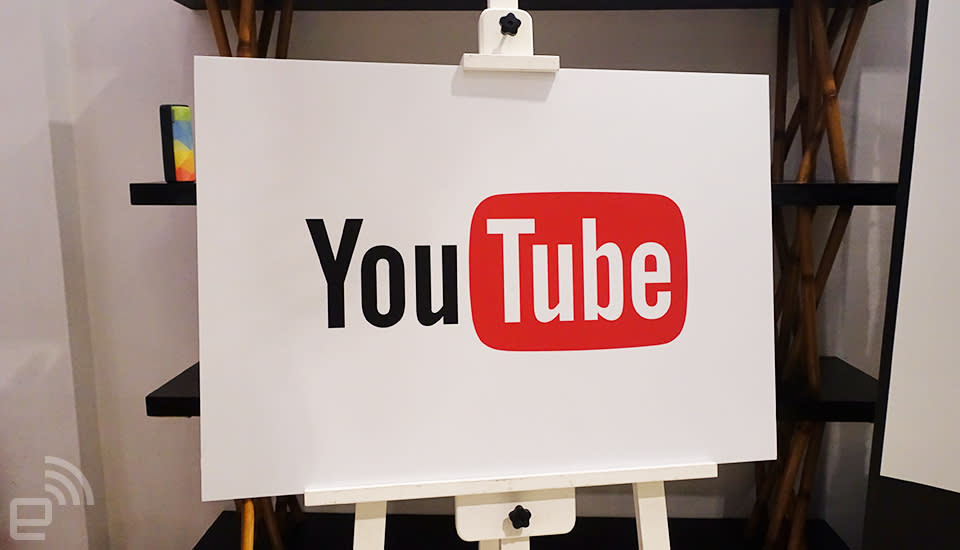 Google's bringing a paid-for subscription service to YouTube next year, but don't expect the company to sign a deal with a TV studio for some exclusive content. Instead, the site is going to see if its wide stable of home-grown talent will provide enough of a draw for you to fork over several bucks from your paycheck each month. According to Bloomberg, almost all of YouTube's biggest names, including PewDiePie and Smosh have already signed up to be a part of the new offering when it goes live.

The report also details how YouTube is using the same heavy-handed tactics to keep its tween superstars in line as it did when it launched Music Key earlier this year. It's believed that unless performers sign up to the new service, their back-catalog of existing clips will be made unavailable for viewing -- at least until they change their mind.

For those who sign up, there is a promise of great riches as YouTube is commissioning and bankrolling a wide variety of "TV" shows for the service. That slate includes a show from the Fine Brothers and up to four feature-films produced by Brian Robbins. We wouldn't blame you for being worried about the latter, since Robbins is better known as the producer of Fred: The Movie, and has directed several other, uh, successful motion pictures.

The piece also details how users will be coaxed into handing over a regular fee in exchange for the holiest of grails: offline playback. Since Google is concerned with owning its shows outright, it should have a greater say in how they're distributed, giving it a big plus over services like Netflix. After all, we'd much rather watch a Brian Robbins movie than stare at a broken in-flight entertainment console, but only just.

In this article: AmazonPrime, google, Netflix, Offline, PewDiePie, Smosh, subscription, Video, YouTube
All products recommended by Engadget are selected by our editorial team, independent of our parent company. Some of our stories include affiliate links. If you buy something through one of these links, we may earn an affiliate commission.