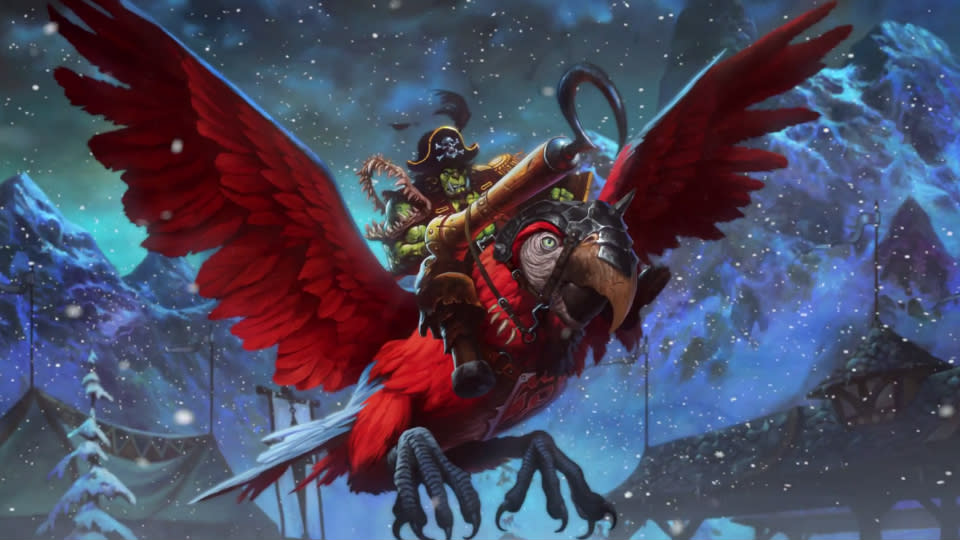 That's 132 new cards, to be exact. The Grand Tournament is Hearthstone's latest expansion, due to hit in August with 132 new cards, plus fresh spells and weapons. It also introduces a new keyword -- a special attribute attached to certain cards -- called Inspire, which adds attack and spell boosts to some plays. Plus, the game board gets a revamp with tournament tents and competition grounds. The Grand Tournament comes at a price, of course: These card packs will be available for in-game gold or real money at the same price as standard packs, ranging from 100 gold for one pack and $3 for two packs, all the way to $50 for 40 packs. There's a pre-purchase price of $50 for 50 Grand Tournament card packs to be unsealed on launch day. The expansion launches sometime in August across iOS, Android, PC and Mac. Ready your decks, champions.

In this article: Activision, Activision-Blizzard, Blizzard, hearthstone, TheGrandTournament
All products recommended by Engadget are selected by our editorial team, independent of our parent company. Some of our stories include affiliate links. If you buy something through one of these links, we may earn an affiliate commission.