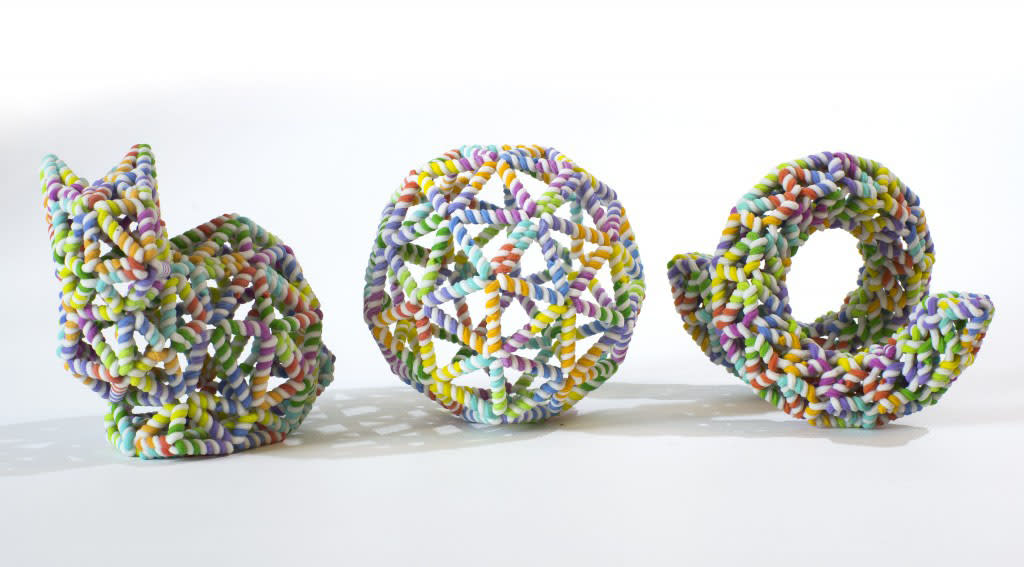 "DNA origami" is nothing new -- in fact, IBM once considered it as a way to make microchips. However, Scientists at the Karolinska Institute in Sweden have become ridiculously good at folding the building blocks of life, and built a bunny to prove it. The point was not to do a party trick, of course, though rabbit-shaped DNA is delightful. Rather, the team wanted to develop a fully-automated, 3D-printing-like method for folding DNA. Researchers could one day use the technique to create structures that don't break down in the human body in order to precisely deliver drugs.

Currently, scientists form such structures by attaching short DNA strands to longer ones and manually folding them at the joints. But even using software, that's a fiddly process that requires shapes to be designed helix-by-helix. With the new technique, scientists can first develop the shape they want and let the software figure out how to build it. The algorithms try to find a way to join the base pairs, and if they don't succeed, they create new edges -- in much the same way that complex 3D models are built on a computer.

The scientists built other shapes to test the technique, including a bottle, ball and waving man. Fun aside, they think that the research will prove useful in the near future. Earlier DNA shapes were were hard to use on organisms, since the charged helices tend to repel each other and cause the structure to break down. "But the new design has more space between the helices... (which) makes it function better in a biological environment, such as inside the human body," according to a DNA scientist who observed the study.

As a result, it could be used to deliver cancer drugs while helping scientists understand how cells communicate in the body. "These structures will be a guide for developing future research, including drug delivery systems, possibly in the next 5 to 10 years," according to lead researcher Björn Högberg.

In this article: 3D Printing, bunny, chemistry, DNA, DNA Folding, genetics, nanotechnology
All products recommended by Engadget are selected by our editorial team, independent of our parent company. Some of our stories include affiliate links. If you buy something through one of these links, we may earn an affiliate commission.